Karan Johar‘s show Koffee With Karan season 6 is getting interesting with every episode. The season, which began on October 21, is going steadily with each passing week as Karan got many interesting guests together on the couch. As reported earlier, the grand finale will see the stunning divas Priyanka Chopra and Kareena Kapoor Khan come together for the first time. And yes, they filmed the episode on December 12. 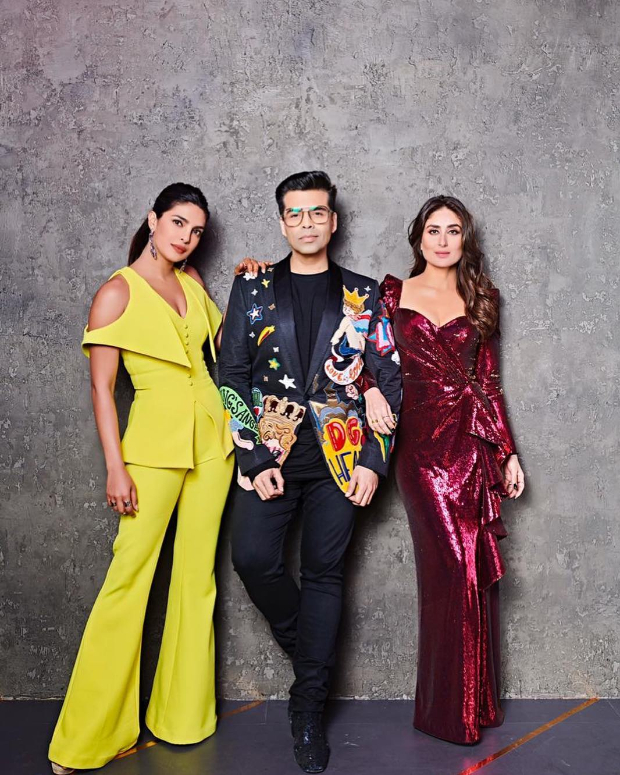 Priyanka Chopra returned from Oman, her mini honeymoon with Nick Jonas, and straight away got into work mode. The actress filmed the episode with Kareena Kapoor Khan in the afternoon before heading for Isha Ambani - Anand Piramal wedding in the evening. Kareena looked gorgeous in a stunning marsala dress whereas Priyanka opted for a bright yellow pantsuit. 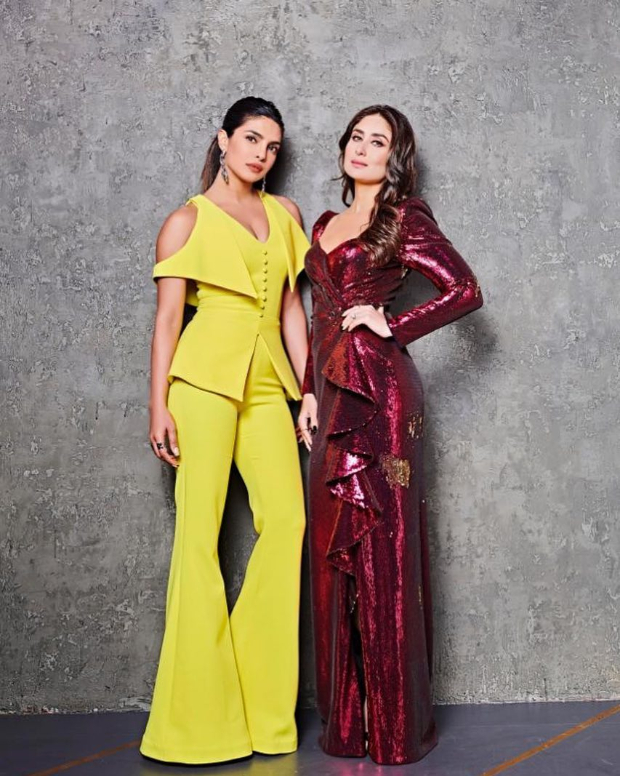 Karan Johar shared the pictures from the grand finale episode as the two stars looked absolutely stunning in their gorgeous avatars. He captioned the image, "SEASON FINALE!!! With the mega superstar girls! @priyankachopra #kareenakapoor." The two divas posed for a picture together as Karan captioned it, "Girls just wanna have fun!!!!"

For years, there have been rumours that the two actresses were not on good terms as they both reportedly dated Shahid Kapoor. In the earlier seasons of Koffee With Karan, they have even taken digs at each other. While Kareena has made fun of Priyanka's accent, the latter has had a comeback that her accent comes from the same place as her husband Saif Ali Khan's. 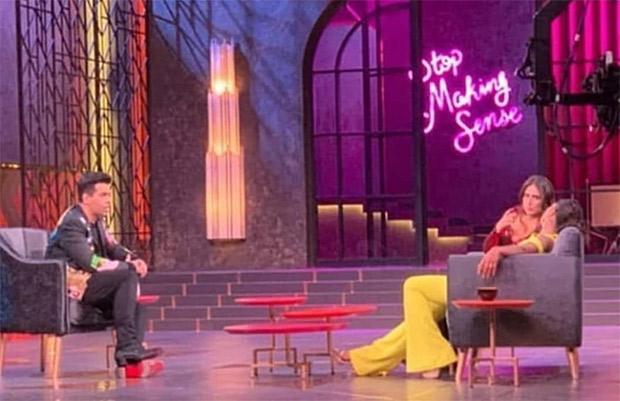 In the last season, while Priyanka Chopra came alone on the show, Kareena Kapoor Khan came with Sonam Kapoor. So, it seems like one can expect a lot of entertainment from these two ladies who have come together for the very first on the coffee couch.