Bollywood celebrities were busy this past weekend attending the pre-wedding functions of Mukesh Ambani - Nita Ambani's daughter Isha Ambani and Anand Piramal's pre-wedding functions in Udaipur. There was mehendi, sangeet and dance parties which were a grand affair. But, amid all of this, a video surfaced online in which one could see veteran couple Javed Akhtar and Shabana Azmi dancing with Urmila Matondkar at a sangeet. 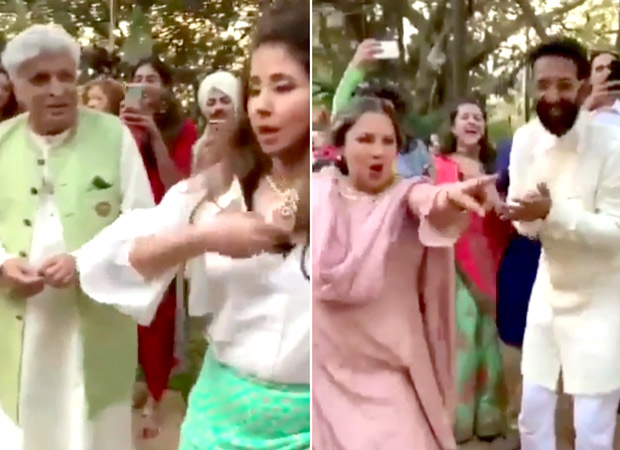 As netizens thought that the video was from Ambani bash, it turns out it was from a family wedding. In the video, Javed Jaffrey, Shabana Azmi, Javed Akhtar and Urmila Matondkar were dancing on the retro song, 'Shola Joh Bhadke'.

Shabana Azmi took to Twitter to reveal that the video was from their house in Khandala. She wrote, “There is a video clip doing the circles claiming that @Javedakhtarjadu dancing with @UrmilaMatondkar and me is from Ambani celebrations in Udaipur. Fact is it is at our house Sukoon in Khandala at Shahana Chinmayas wedding."

One can admit that this video will definitely make everyone nostalgic.