Tiger Shroff is known for doing some insane action sequences in his films and is back on the sets doing what he does best. Reportedly, the actor has started shooting for his upcoming action film Ganapath which reunites him with Kriti Sanon. Recently, he shared a clip of him doing a flawless back flip on the film set. 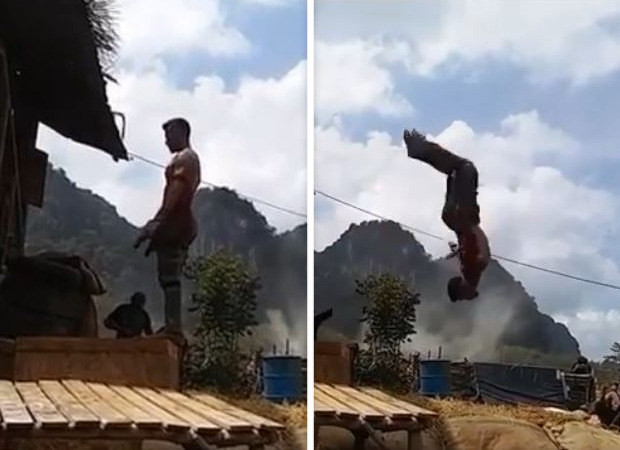 On Tueaday afternoon, Tiger shared a vidoe from the sets of his film doing a back flip. In the video, we can see that the actor makes a perfect landing on a bunch of sacks laid out on the set. There were also a few others from the stunt team in the scene. "Love my job” Tiger captioned the video.

It was only recently announced that Kriti Sanon will be playing the female lead of the film. Directed by Vikas Bahl, Ganapath is set in a post pandemic dystopian era . The movie that went on floors earlier this month will be released next year.