Last seen in Mere Dad Ki Dulhan, Anjali Tatrari is all set to woo her fans yet again with a unique show, Sargam Ki Sadhe Satii. The actress has been ecstatic about the show and spoke in detail about her role in the show and how it happens to be different from her previous ones. Anjali will be seen playing the lead role in the show and is super excited for her fans to see her in a new avatar. When asked about her character in the show, she said, “It’s like home coming for me. I started off with Mere Dad Ki Dulhan and now I will be playing Sargam in Sargam Ki Sadhe Satii.” 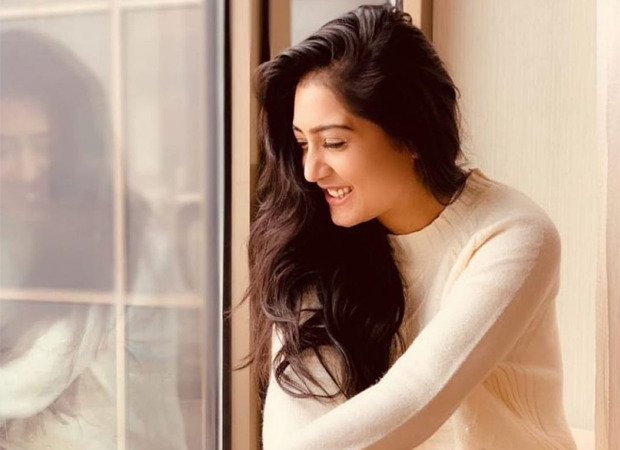 Speaking further about it she said, “In a short period of time I will get to play two different character which a lot of artists rarely get. Sargam is a very challenging role not only because she is handling 7 and a half men, but because comedy is more difficult than any normal acting. This is the first sitcom on Sony TV and I am extremely excited to be a part of it. In the last show, Mere Dad Ki Dulhan I played a Slice of life kind of a character. And this show being a sitcom is altogether a completely different character for me. In Sargam Ki Sadhe Satii, there is a different sense of comedy, comic timings, gesture posture, expressions so everything is completely different for me in this show. If we talk about how Sargam is different from the other characters, then I can say that she is way too responsible as she is the only woman handling 7 and a half men in the family. And it is her responsibility to bind the whole family and keep them intact together. And the best part about the show is that in the show, although Sargam possess all the qualities of a typical housewife but you will not feel that she is like those typical bahu that you see in other shows. She does all the house chores, and takes care of everyone’s need but she is a progressive woman.”

Talking about how is Sargam Ki Sadhe Satii going to be different from the current shows, Anjali said, “This show is definitely very different not only in terms of the way it is drafted but also the concept of the show is thoda hatke. It is nothing like your saas bahu drama. It is a sitcom and every episode will have new story, new twists, and new punches for the audiences to laugh at and enjoy. Considering, the situational comedy that goes around the house people will surely have a ball of a time while watching it on their screens. The show also has a beautiful message of how a joint family functions despite of sadhesatii moments in the house.”

Also Read: I am the Punjabi tutor for everyone on the sets”, shares Kunal Saluja from Sargam Ki Sade Sati