Janhvi Kapoor is presently one of the busiest actors in tinsel town right now. She made some time out of her packed schedule and has embarked on a spiritual trip now. The actor visited the Tirupati temple in Andhra Pradesh. She walked 3,500 steps barefoot and offered her prayers before the deity. We've got our hands on a video of Janhvi walking to the temple. 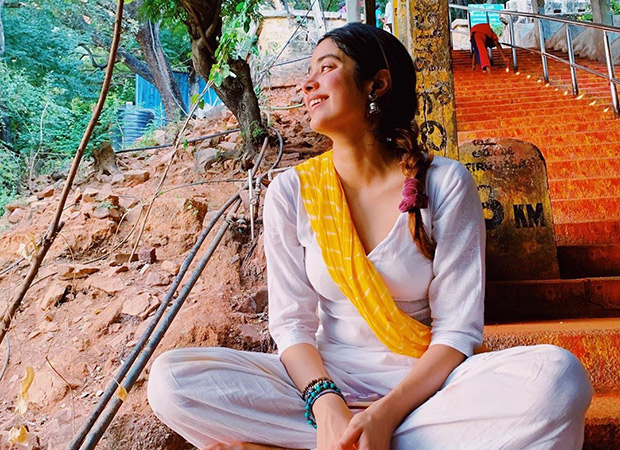 For those uninitiated, Janhvi's late mother Sridevi also had immense faith, and would visit the Tirupati temple every year. The family, including Janhvi's father Boney Kapoor and sister Khushi Kapoor, visited the temple of Sridevi's birth anniversary. The actor herself also sought blessings there, ahead of the release of her debut film Dhadak.

On the professional front, Janhvi has finished shooting for Indian Air Force's pilot Gunjan Saxena's biopic The Kargil Girl, and her first horror comedy Roohi Afzana opposite Rajkummar Rao. She is presently filming for Dostana 2 and will soon start shooting for Karan Johar's Takht.

Janhvi Kapoor looks CUTE as she wakes up…