Last Updated 21.02.2020 | 12:35 PM IST
feedback language
follow us on
Home » News » Bollywood Features News » Watch: Kartik Aaryan reveals how he will convince Saif Ali Khan to accept him as his son in law

Ever since Kartik Aaryan and Sara Ali Khan began shooting for their film Love Aaj Kal, rumours of a romantic relationship between them started doing the rounds. While neither have confirmed nor denied the same, it certainly is helping them promote their film. Recently in Bollywood Hungama’s rapid fire session, Kartik came up with a novel way to convince Saif Ali Khan to accept him as his son-in-law. 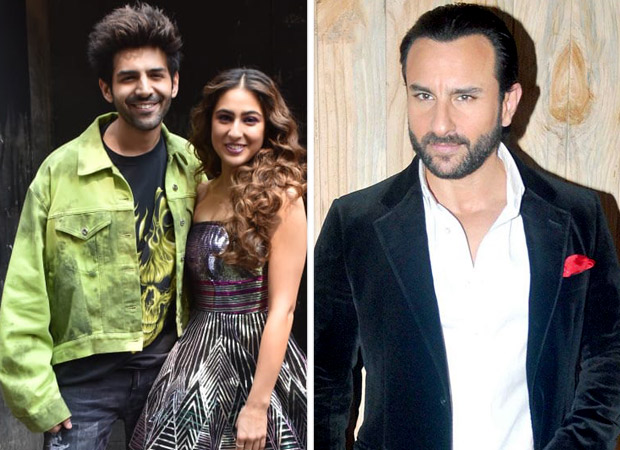 When asked, "If you are stuck in an elevator with Saif Ali Khan and have 30 seconds to convince him to accept you as his son-in-law, what would you say to him?” Kartik Aaryan promptly replied, “Why 30 seconds, I don’t have to say anything, all I got to do is symbolize 'money, money, money' with my hands, while saying 'hai sir bank account mein'.” Hearing this response Sara was in splits, we hope Saif takes the comment in good humour as well.

Back on the work front, Kartik Aaryan and Sara Ali Khan will be seen in Love Aaj Kal, directed by Imtiaz Ali. The film is slated to release later this week on February 14.