Jacqueline Fernandez has been treating her fans regularly with videos of her performances from Dabangg Tour Reloaded through her Instagram stories. The actress has shared a roundup of her performances from Dabangg Tour in her latest Instagram story as the tour ended yesterday. She was a part of the Dabangg Tour Reloaded with her Race 3 co-star Salman Khan along with others. Jacqueline Fernandez and Salman Khan together had created rage by performing on their hit numbers. The duo had left the dance floor burning with their sizzling chemistry and performances in the tour. 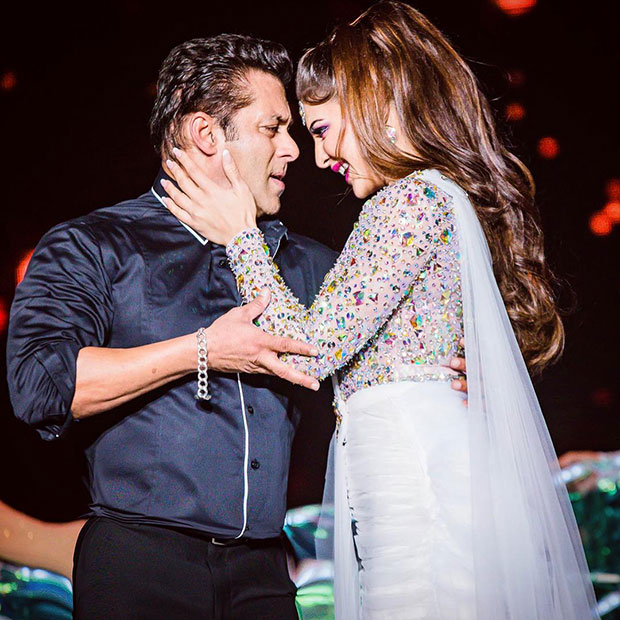 Jacqueline faced huge fan frenzy in Atlanta throughout her schedule there. She had kickstarted her performance with the song ‘Yaar Na Miley’ from Kick. Jacqueline then gave a high-energetic performance on her song from Judwaa 2,‘Oonchi Hai Building’, followed by ‘Allah Duhai Hai’ along with others. The tour came to end in Toronto and Jacqueline shared a couple of glimpse on her Instagram account.

Salman Khan and Jacqueline Fernandez are known to be power packed performers and make for a complete entertainment package with the former's energy and latter's sensuous moves. Both, Salman Khan and Jacqueline Fernandez enthralled the audience by performing on their hit numbers including their super hit number from Kick, 'Jumme Ki Raat' and Jacqueline's 'Ek Do Teen'. The two created had created a stir on social media and everyone was seen going gaga over their performance.

And it’s a wrap!!! Thank you TORONTO ???????? Team #dabangg you made this tour so memorable!! Love you ???? @beingsalmankhan @prabhudheva @katrinakaif @aslisona @shahdaisy @manieshpaul @gururandhawa big shout out to @thejaevents @sohailkhanproductions @sahilpromotions @asimfarooki so amazing to work with!! Here’s to many more to come!!! #dabangg Reloaded!!!! #worldtour