Much has been spoken and written about Sara Ali Khan and Kartik Aaryan's rumoured love story. Apparently, cupid struck them while filming Love Aaj Kal. However, the speculations began much before that, ever since Sara appeared on Koffee With Karan 6 and confessed that she would love to go on a date with Kartik! We got to credit Karan Johar for pulling this secret out. 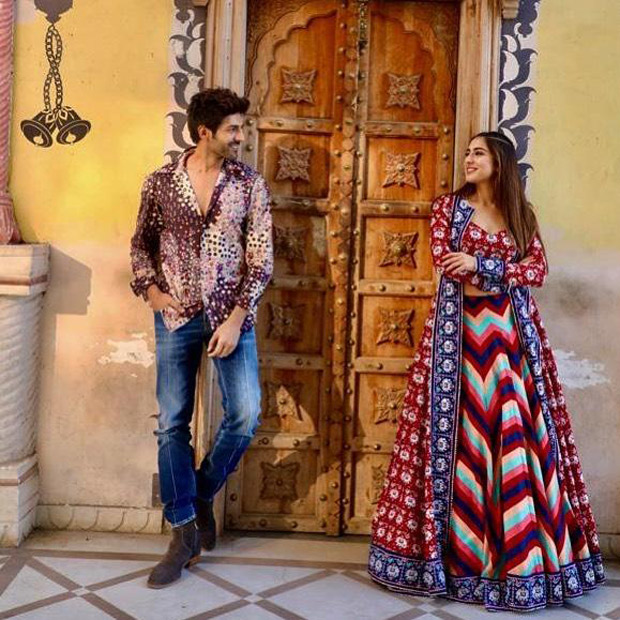 Now, whether they are actually dating is something we do not know. But Sara and Kartik sat for a fun chitchat with Bollywood Hungama, and we asked what is that one advice Sara would like to give anyone who wants to date Kartik. "Go on Koffee With Karan," she said, with a mischievous smile on her smile. Are we allowed to read between the lines here?

Sara also revealed that Kartik bullies her a lot. Well, we are seeing their fun-filled banters on social media all the time!

The two actors have reached the last phase of their promotional spree as they continue with their multi-city tour. Love Aaj Kal, directed by Imtiaz Ali, releases on 14th February 2020.