Gully Boy, helmed by Zoya Akhtar, is making right kind of noise. The film, starring Ranveer Singh and Alia Bhatt, is a story about underground rapper rising from the slums to the top. The story is inspired by the lives of rappers Vivian Divine and Naezy. Not just the lead actors, but every actor from the ensemble cast left an impact on the audience especially debutante Siddhant Chaturvedi. From starring in web series to making his way to the films, the young actor has come a long way. As the audience is appreciating him, megastar Amitabh Bachchan too has applauded his performance. 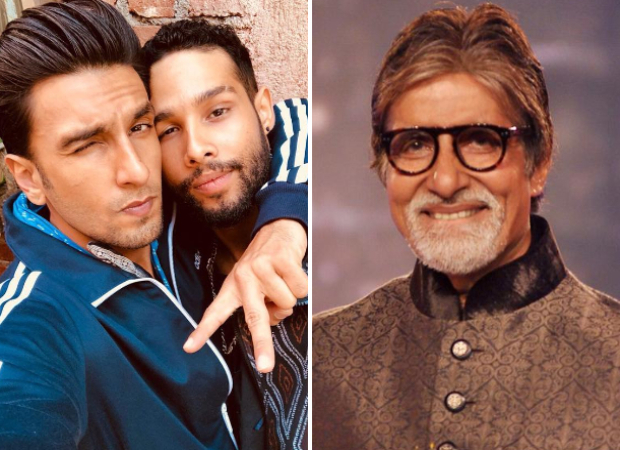 Siddhanth Chaturvedi shared a photograph of himself holding a bouquet of flowers and a letter from none other than Amitabh Bachchan. The actor is living and enjoying this blissful and surreal moment. "@amitabhbachchan सादर प्रणाम, आपका उपहार और आशीर्वाद मिला जो मेरे लिए अकल्पनीय है। इस ख़ुशी की व्याख्या मैं शब्दों में नहीं कर सकता। ये मेरे लिए सौभाग्य और गर्व का पल है, और अब बस आपके चरण स्पर्श की कामना करता हूँ।(Best regards, I received your gift and blessings which is unimaginable for me. I cannot interpret this happiness in words. This is a moment of good luck and pride for me, and now I just wish to touch your feet)," he wrote on Instagram.

Ranveer Singh, whose character Murad was mentored by Siddhant's character MC Sher in the film, commented on his post and was definitely excited about his friend's achievement.

The actor started his career in a web series called Life Sahi Hai which was produced by Luv Ranjan. After that, he bagged the role of a cricketer in Amazon Prime’s original series Inside Edge. While he is enjoying the appreciation and love coming his way, he is yet to announce his upcoming projects.

ALSO READ: What if Siddhanth Chaturvedi played the Gully Boy?