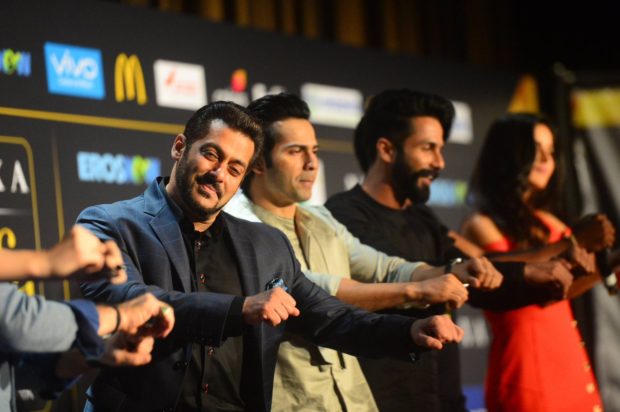 It's that time of the year that fans eagerly wait for- International Indian Film Academy (IIFA) awards. This time, the grand Bollywood celebration is taking place at the Big Apple. Many Bollywood celebrities have made it to the New York City to join the IIFA 2017 festivities.

At the press conference on Thursday, Salman Khan, Anupam Kher, Katrina Kaif, Shahid Kapoor, Alia Bhatt, Varun Dhawan, Kriti Sanon and Sushant Singh Rajput entertained the crowd. At the conference, cricketer Dwayne Bravo also made the stars groove to his hit number 'Champion'. All the stars were in party mood as they set the dance floor on fire with the signature moves from the song.

IIFA 2017 night will see performances from Varun Dhawan, Salman Khan, Katrina Kaif, Shahid Kapoor, Kriti Sanon, Sushant Singh Rajput and Alia Bhatt. A tribute will be given to music maestro AR Rahman for his immense contribution to the music industry.