By now, we all know that Akshay Kumar’s next release is the R. Balki directed film Pad Man. While the film itself that also stars Sonam Kapoor and Radhika Apte is slated to release tomorrow, we hear that a Dubai based girl came up with a novel way to help promote the film. 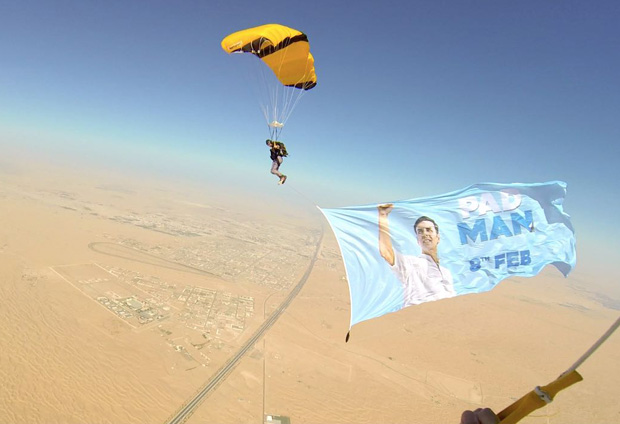 In the video, the girl is seen suiting up and jumping out of a plane to help promote the film.Talking about the promotional stunt, the Akshay Kumar fan states that she adores the actor for his skills, she has the utmost respect for him for taking up sensitive issues that help educate the populace in an entertain way. 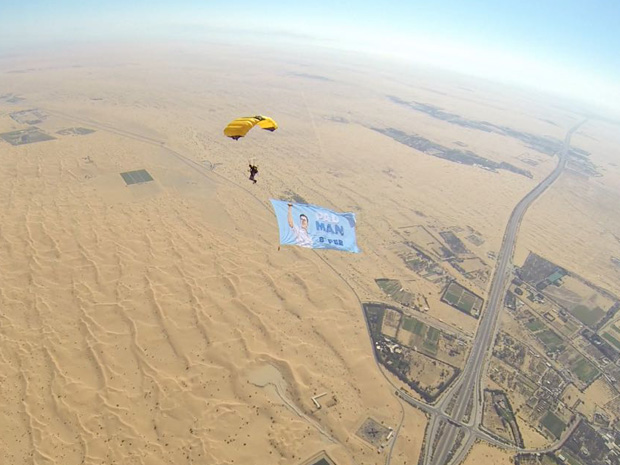 The said stunt also features a massive banner that is unfurled in mid jump declaring the release date of the film. Once back on ground the lady goes on to talk to her fans and followers urging them to watch Pad Man and why. 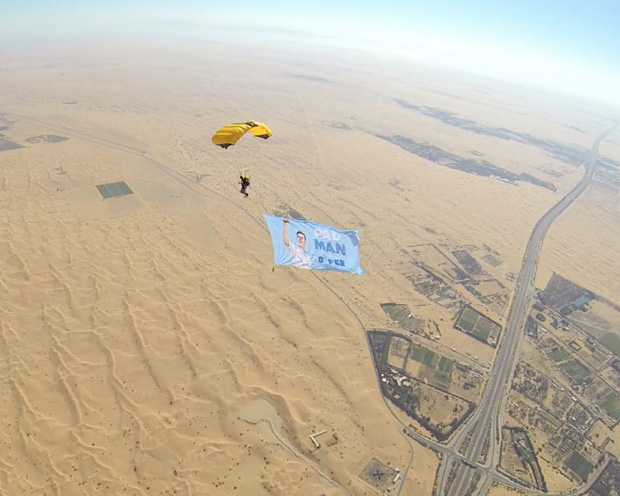 Meanwhile, Pad Man, directed by R Balki and produced by Twinkle Khanna, is based on a real-life story of a social entrepreneur, Arunachalam Muruganantham, who took it up to himself to provide low-cost sanitary napkins to women from poor economic states across rural India. The film also stars Sonam Kapoor and Radhika Apte. It is slated to release on February 9, 2018.

Also Read : Arjun Kapoor accepts the Pad Man Challenge and here’s how he does it in style