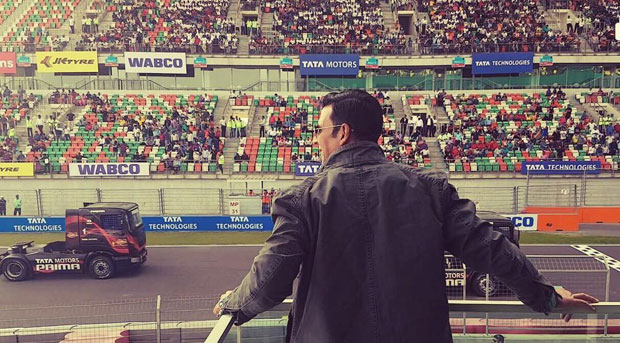 Superstar Akshay Kumar, who not only has about five films in the pipeline, is also the face for several brands. One amongst them is that of Tata Motors and the actor was recently seen attending a race, which is a part of their promotional campaign.

Akshay Kumar was recently seen attending a truck race in the capital and he shared the picture of the same on Instagram, the actor added, “So thrilling to flag off the 4th #T1PrimaRacing at Buddh International Circuit. These Tata trucks can seriously move ;) #LetsGoTrucking.”

Besides the picture, the actor also shared a video of him flagging off the race and captioned it, “Let's Go Trucking #T1PrimaRacing #TataMotors.”