It has already been a pretty interesting beginning for Indian Cricket Team Captain, Virat Kohli. The cricketer, who got married to Anushka Sharma last year on December 11, has been away for test and ODI series against South Africa. As India defeated South Africa on their soil, Virat Kohli credited his wife Anushka Sharma for being his pillar of strength. 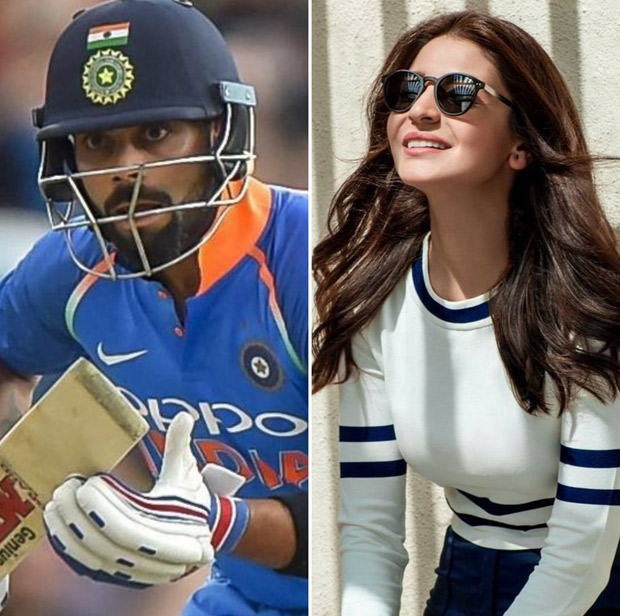 The Indian captain went onto score 558 runs in India's 5-1 ODI series victory against South Africa. While the country was showering love on him and the team, he had some amazing things to say about Anushka Sharma. "People who are close to me deserve a lot of credit. My wife has kept me going throughout the tour. I am grateful for that. Obviously, you want to lead from the front, and that's a wonderful feeling," Virat said at the post-match presentation ceremony.

Anushka Sharma has been very supportive wife throughout the tournament. She could not stop gushing over Virat Kohli as he smashed his 35th ODI hundred. In her Instagram stories, she cheered for Virat and simply wrote, "What a guy."

On the work front, Anushka Sharma is currently promoting her third production Pari which is set for March 2nd release. She is also shooting for YRF’s Sui Dhaaga- Made in India with Varun Dhawan. It is a film about finding love and respect through self-reliance. Varun and Anushka starrer Sui Dhaaga - Made in India is a heart-warming story that is rooted in the Indian milieu and celebrates the spirit of self-reliance. The film’s plot is inspired by the hugely acclaimed Make In India campaign. Yash Raj Films’ entertainer Sui Dhaaga - Made in India is set to release on September 28 this year, right before Gandhi Jayanti. Varun plays the role of a tailor and Anushka plays an embroiderer in the film.

Also Read: Pari trailer: Virat Kohli is SPOOKED with the scary antics of his ‘one & only’ Anushka Sharma