Akshay Kumar is undoubtedly the fittest actor in Bollywood. From early morning workouts to different types of sports, Bollywood's Khiladi does it all to stay healthy and fit. He is often seen sharing his workout routines which are quite different from what others do. Just recently, he had shared a video of himself doing core workout even after reportedly suffering injury on the sets of his film, Kesari. 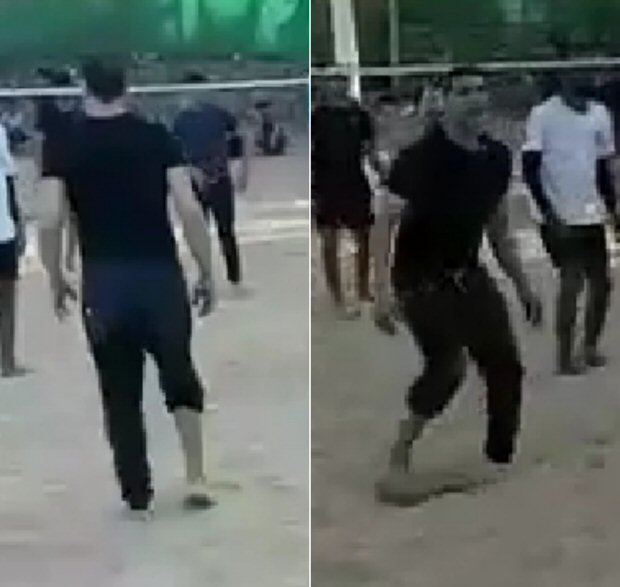 This past weekend, Akshay Kumar took some time off of his busy schedule to enjoy some beach volley ball. The actor was seen playing the sport with a bunch of locals at a Mumbai beach. He is often seen running and jogging at the same location. Sporting his joggers suit, he was enjoying and having fun. Sharing the video, he wrote, “Superb Sunday morning playing volleyball with these boys at Juhu beach today. Always been a believer of 'a little goes a long way' So what are you doing to stay fit this weekend? Do share your photos/videos/experiences using #FitIndia.”

On the work front, Akshay Kumar has an array of projects in the pipeline. The actor will be next seen in Reema Kagti’s Gold, which is set for August 15, 2018, release. The film is based on the real story of Indian Hockey Team’s first gold medal win after independent India. The film is produced by Farhan Akhtar- Ritesh Sidhwani's Excel Entertainment.

Meanwhile, Akshay Kumar is currently shooting for Kesari which also stars Parineeti Chopra in the lead. He has also come on board for Housefull 4. The film stars Riteish Deshmukh, Abhishek Bachchan and Bobby Deol. It is reportedly set for Diwali 2019 release.