Bollywood actors Vicky Kaushal and Sara Ali Khan have wrapped the filming Laxman Utekar's untitled movie in Indore. Sara shared a video from the Narmada River's banks, where she and Vicky spent a relaxing morning preparing for the shoot. 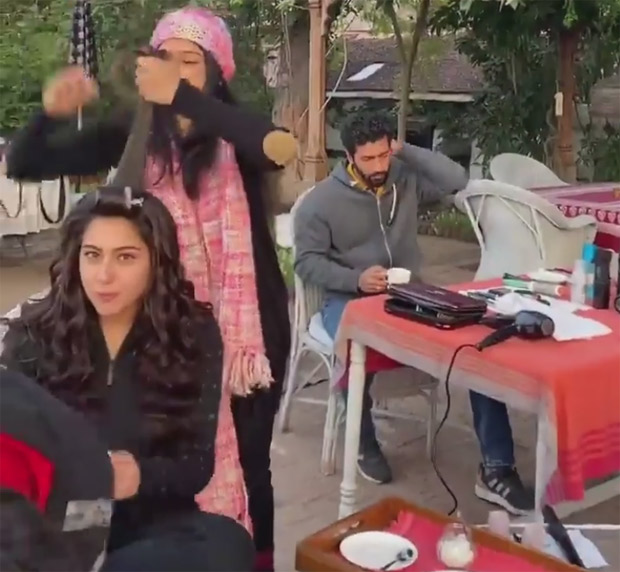 Sara posted a video to her Instagram Stories on Monday morning showing how they spent the morning. Sara can be seen sipping her morning tea while a hairstylist works on her tresses in the footage. Vicky can be seen quietly sipping his tea in the background. Vicky replied in her signature flair in response to her video on his Instagram Stories saying “Jab tak suraj chand rahega, Sara ka yahi kaam rahega (Till the time sun and moon exist, Sara will continue to do things like these).”

Sharib Hashmi, who starred in The Family Man, will also appear in this film Sharib. After the wrap, he shared photos and wrote, “Made beautiful memories on the sets of this beautiful (yet untitled) film with a dream team," and said for the director, “sir matlab aapne dil jeet liya ekdum ich (you won my heart).”

He addressed Vicky and Sara by writing, ““@vickykaushal09 ab main aur bada wala fan ho gaya hoon yaarrr tumhara. @saraalikhan95 aap staron jaisa behave .. kyun nahin karti yaarr, you’re such a sweetheart really (Vicky, I am even a bigger fan of you now, Sara, why don't you behave like other stars, you are such a sweetheart).”