Not too long ago, we had mentioned that Varun Dhawan is currently in Punjab shooting for his next with Remo D’Souza. The actor will be reuniting with his ABCD 2 co-stars Shraddha Kapoor, Prabhu Dheva, Dharmesh Yelande and Raghav Juyal and now that the film has gone on floor, we have been getting some updates from the sets of the film. The latest one on that front is the picture that Varun shared on Instagram. 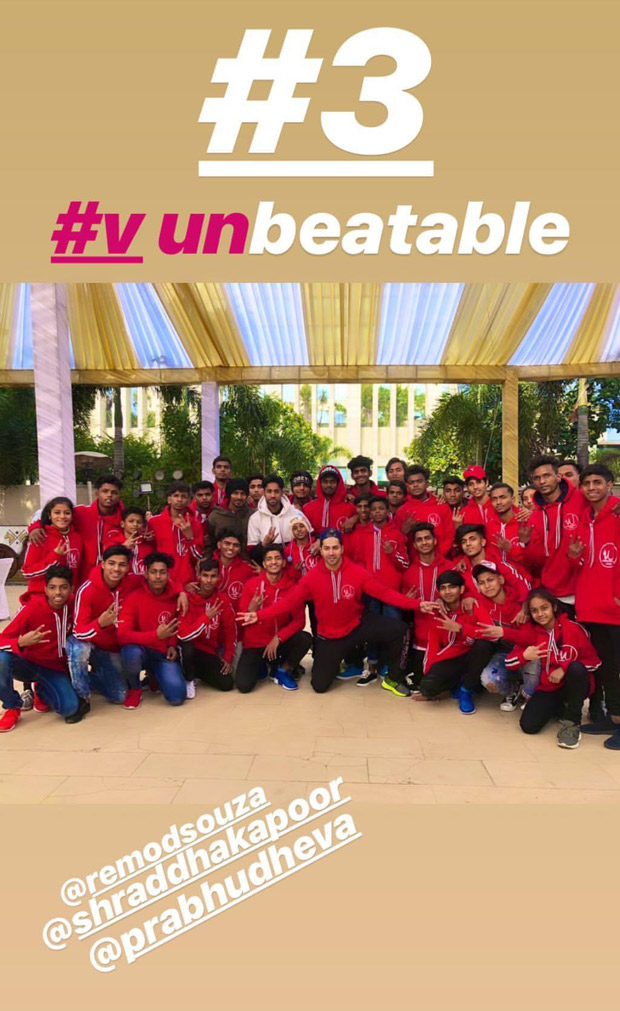 Varun Dhawan shared a picture of him with the entire dance team of his next, which is directed by Remo D’Souza. The actor excitedly posted the same on his Instagram page and also tagged his co-stars Shraddha Kapoor and Prabhu Dheva [even though they are missing from the picture]. The actor decided to share the picture with the dance troupe Vunbeatable, which have gained popularity for their dancing skills on reality shows. They will be accompanying Varun in his dance performance during the Punjab schedule.

As mentioned before, Varun is shooting in Amritsar with Aparshakti Khurrana and Varun Sharma. The Punjab schedule is expected to continue till the end of this month, after which, the shoot will shift abroad in March. He also shared the same picture on his Twitter handle:

Preparing for something huge in Punjab with #vunbeatable for #3. It doesn't get bigger pic.twitter.com/tOqCfLV1Ha

In earlier reports, it was mentioned that this film will be extensively shot in London and U.K. The film is set against the backdrop of England and will revolve around dance that is inspired by Hollywood hits like Step Up franchise. Shraddha Kapoor is expected to play the role of a dancer who hails from Pakistan. She will be joining Varun in the schedule that is planned on the foreign shores.

Coming to the title, it is yet to be finalized. While Varun has been sharing posts related to the film with hashtag 3 [#3], there has been no official announcement on that front as yet. The film also expected to star Shakti Mohan and Vartika Jha and it will mark their debut in Bollywood.