Just yesterday it was announced that the role of Prajapati Pandey will be portrayed by the brother of late actor Vinod Khanna, Pramod Khanna. Vinod Khanna has played the role of Salman Khan’s on-screen father in the previous two instalments of the franchise, and now, Pramod is all set to step in his shoes with little help from VFX. Salman Khan and Sonakshi Sinha took to their social media accounts to announce the latest addition in the Dabangg 3 family!

As we all know, Varun Dhawan will be seen starring in Street Dancer 3D with Shraddha Kapoor and Nora Fatehi in pivotal roles, he took this opportunity to promote his film through salman Khan, Sonakshi Sinha, Pramod Khanna and director Prabhu Dheva. Prabhu will also be seen playing a crucial role in the Varun Dhawan starrer dance film that is being anticipated to put India on an international platform. He uploaded a story on his Instagram and his fans are applauding him for his amazing sense of humour. Take a look at it. 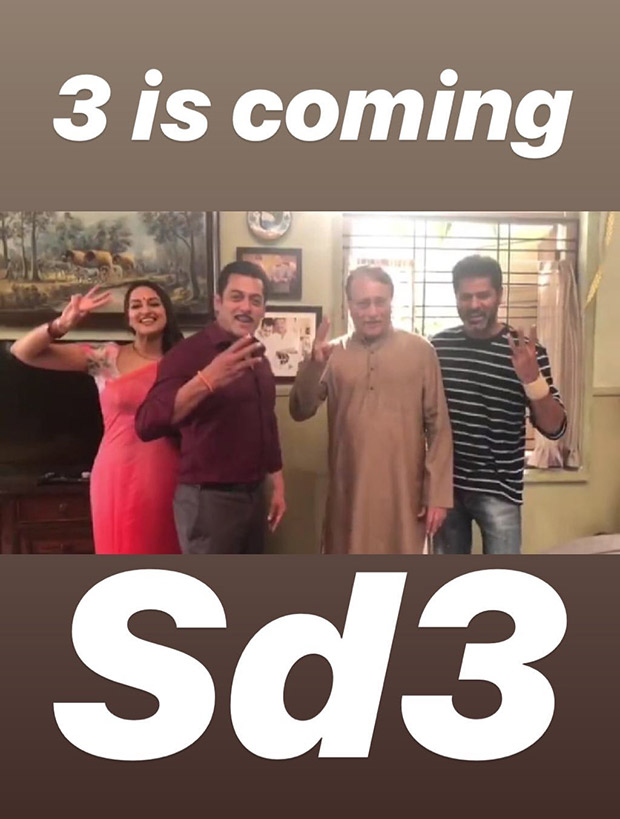