Readers would be aware that Priyanka Chopra and Nick Jonas are currently in the city of love and romance – Paris, where they are gearing up to attend the high profile wedding of Game Of Thrones star Sophie Turner and American singer Joe Jonas. While the two already tied the knot earlier, this one will be a big fat Wedding in the French capital and before they dive into the ceremonies, the couples are also enjoying some beautiful moments in the city. We got glimpses of their lovey-dovey photos on Instagram and recently what caught our attention was this video where Nick Jonas turned out to be a knight in shining armor for Priyanka Chopra. 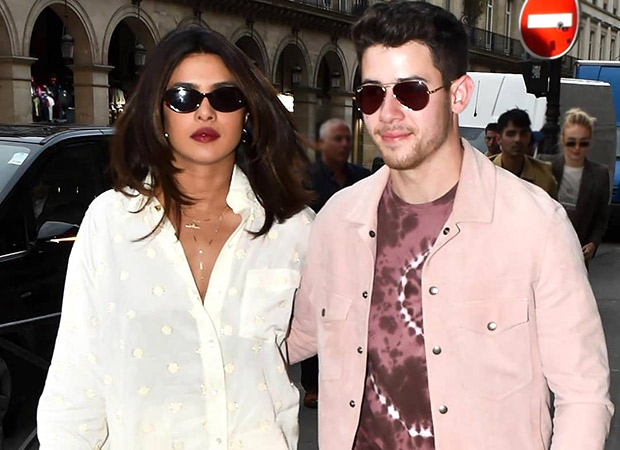 Priyanka Chopra took off with Nick Jonas, Sophie Turner and Joe Jonas on a yacht where they all were spending some quality time with each other. Whilst enjoying her drink, the actress accidentally tripped and as she was almost about to fall off the yacht, when Nick Jonas came to her rescue! Needless to say, he quickly grabbed Priyanka and saved her from falling off the yacht. Check out the video that has surfaced on Instagram and is already going viral.

Priyanka Chopra, who got engaged to Nick Jonas in August last year, tied the knot with the her American singer in December 2018. The couple had a lavish wedding in Jodhpur where they had a Christian style as well as the traditional North Indian style ceremonies, followed by a series of receptions across the country.

On the work front, Priyanka Chopra will be returning to Bollywood with The Sky Is Pink where she plays the role of Farhan Akhtar’s love interest.

Also Read: PHOTOS: Priyanka Chopra and Nick Jonas sneak in KISSES during a boat party in Paris ahead of Joe Jonas and Sophie Turner’s wedding