The quintessential filmi baccha- a term straight from his mentor’s mouth (read: Karan Johar) on KWK 5, Varun Dhawan is certainly a bonafide star kid to reckon with! While he graduated as a Student Of The Year in 2012, Varun Dhawan has undergone a massive metamorphosis with his choice of roles. 2017 was his year, right from clinching the coveted spot in the 200 crore club worldwide box office collections with his film Badrinath Ki Dulhania, garnering critical acclaim for his honest performance as Badri to wooing the masses with the double roles of Raja and Prem in the rib-tickler, Judwaa 2. This year too, he will set the ball rolling with the Shoojit Sircar-directed romantic drama, October opposite the newbie Banita Sandhu. The spunky millennial jumped aboard the promotional bandwagon with ace fashion stylist Akshay Tyagi for his upcoming romantic drama, October with an eclectic style play featuring some pink punk, retro vines, floral charm and the good old checks! Interestingly, all through the promotions, Varun has made that snazzy moustache work to the hilt – a rustic look from Sui Dhaga, another unconventional upcoming film. Bollywood Hungama Fashion got into an exclusive tete-a-tete with his stylist, Akshay Tyagi who led us into the promotional backstory that began with the vintage Narcos inspired styles and moving on to a vintage space in the youthful styling of 80s 90s. Speaking on the deliberate choice of casual style, Akshay said that, “It’s always important to maintain a vision that doesn’t give away too much but also attracts the right attention especially with men not being as adventurous with their image.”

Essaying the role of Danish Walia aka Dan, a hotel management trainee, Varun Dhawan who flits from being a career-oriented individual to a caregiver in relentless pursuit of understanding the meaning of love, true to its tagline - it's not a love story but a story about love, Varun shined through the trailer that dropped last month. For the October promotions, Varun Dhawan couldn’t stop smiling because he had some great moustache days in tandem with rose-tinted shades and some classic style play. Steal a glance and you will know why we are glued to his zany game. 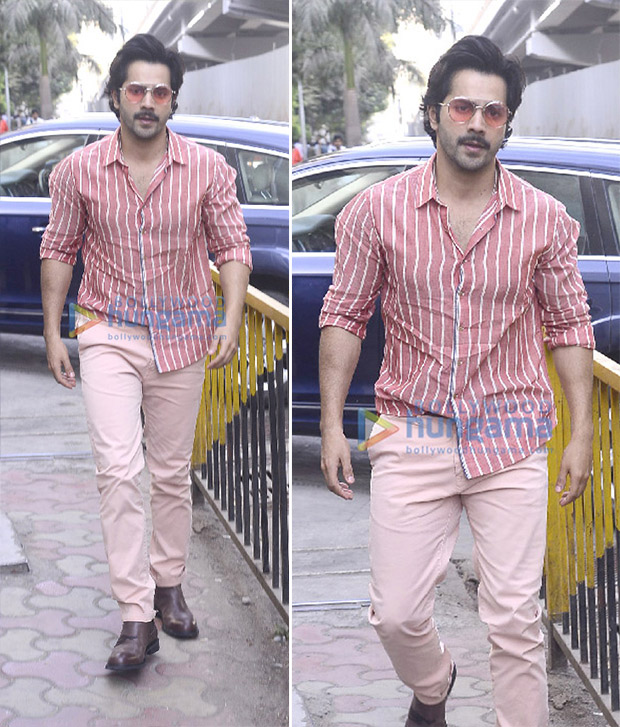 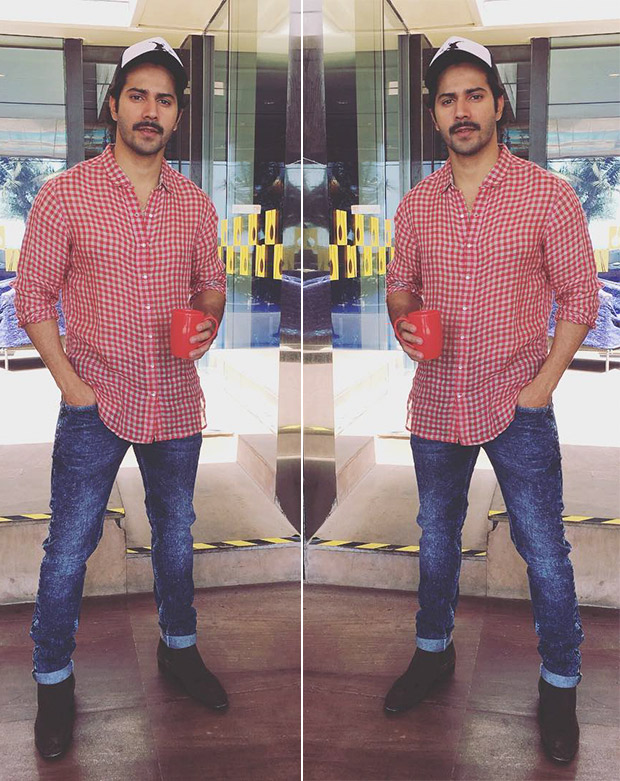 Varun roped in the 90s vibe by donning a chequered shirt from Pero with fitted denim from Benetton and rounding out the look with a cap, black shoes and oodles of swag. 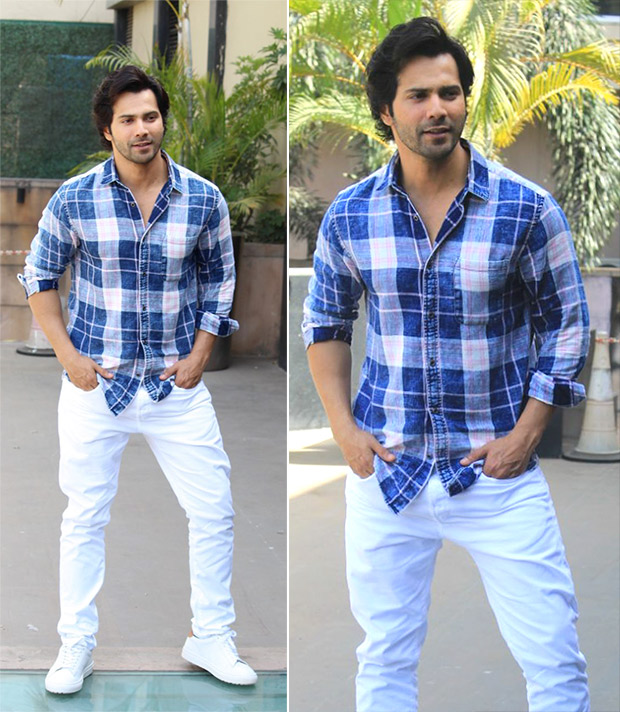 Minus the stache, Varun teamed a blue-white chequered shirt with white denim and sneakers, topping off the look with dark sunnies. 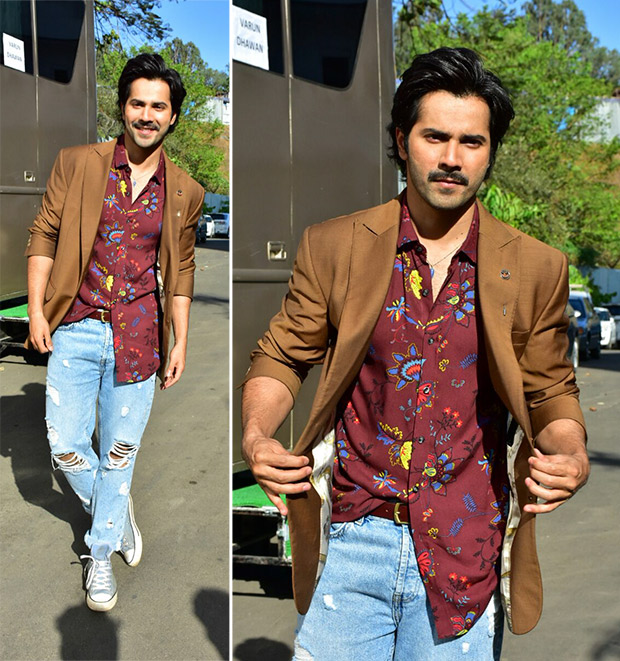 Sparking off a snazzy retro vibe with a loose floral shirt from River Island, an oversized brown jacket from Khanijo with severely distressed acid washed denim from Topman, Varun topped off the look with grey lace-ups. (Also Read: October: When Shoojit Sircar decided to make Varun Dhawan his Dan!) 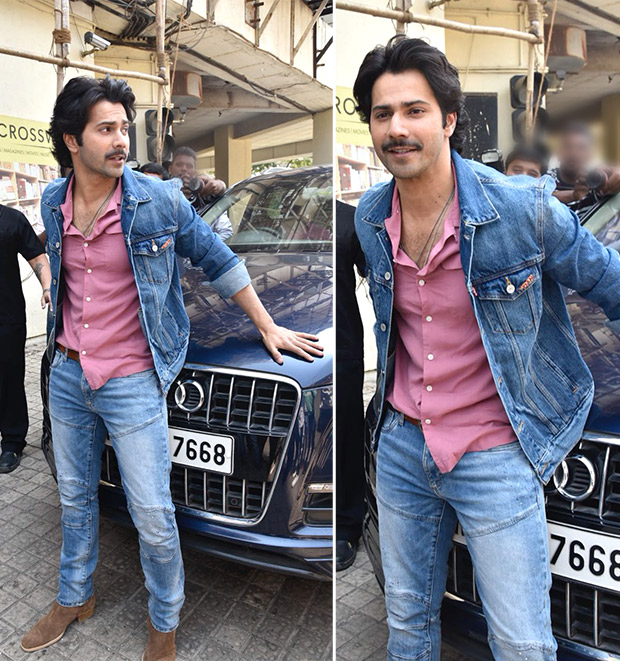 Varun teamed his Levis denim jacket with faded denim from Jack & Jones with a pink shirt from Asos underneath. Brown belt and shoes with rose-tinted sunnies rounded out his vintage look. 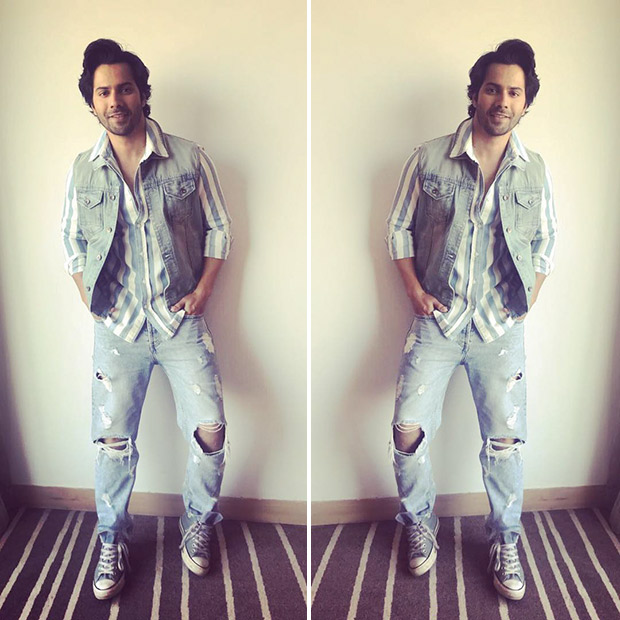 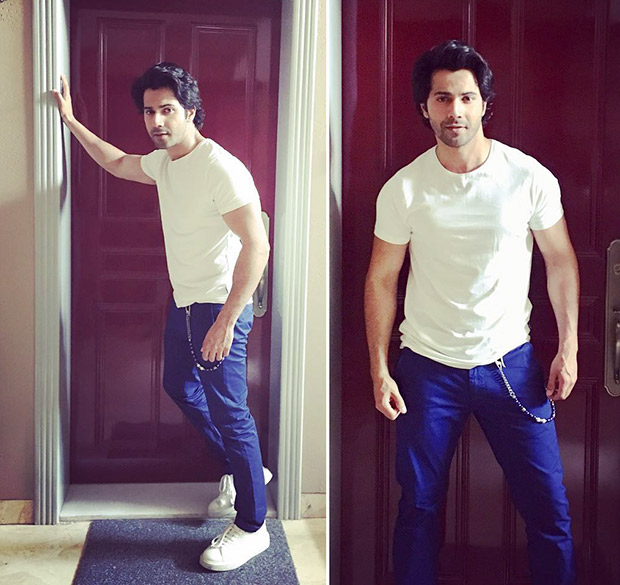 Varun teamed a white tee with dark blue denim and white sneakers for yet another round of promotions. A sleek chain added character to his basic look! 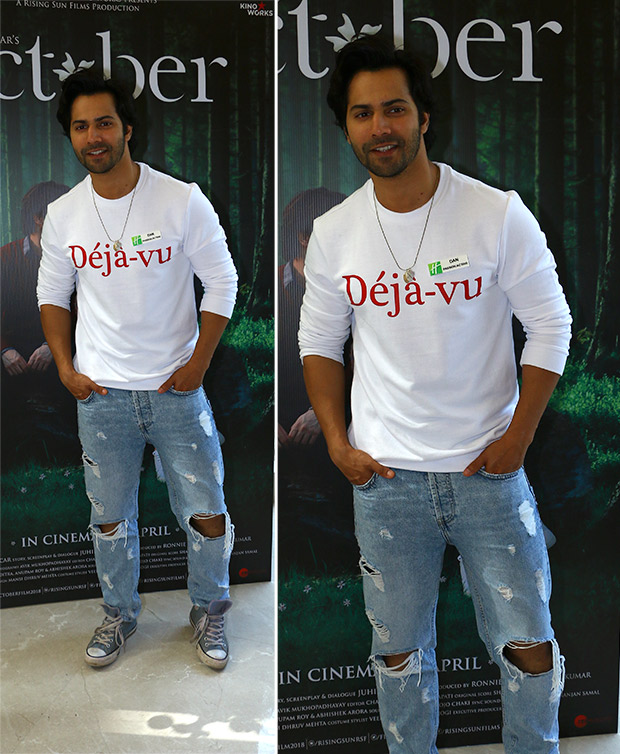 On a parting note, fashion stylist Akshay Tyagi urges millennials who look up to Varun’s style to be daring and experimental. He adds, “Learn to be free and let the personality shine as Varun does so energetically and constantly.”

Varun is one of the few actors in Bollywood who take men’s fashion seriously upping the quotient time and again. Not the one to follow trends blindly, Varun Dhawan and his sartorial sensibilities seem to be setting a pace for his contemporaries to follow. The melancholic mood, gloomy atmospherics of October promise a compelling watch. October celebrates love, nature and the autumn season and is helmed by the Rising Sun Films Production, scheduled for a release on April 13.