Varun Dhawan and Janhvi Kapoor will be coming together for the first time for Sajid Nadiadwala’s Bawaal, directed by Nitesh Tiwari. The entire team of the film shot for an extensive schedule in Europe spanning across five countries. The recent schedule of the film was held in Poland and while Varun Dhawan shared several glimpses from the sets of the film, he made a compilation post recently on social media. 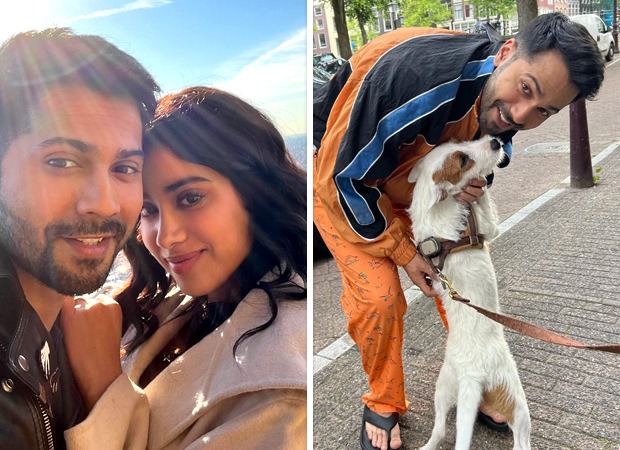 Varun Dhawan seems to have had some crazy fun and shared many photos and videos where we can see him in his elements. The Judwaa actor was even seen pulling his co-star Janhvi Kapoor’s leg, indulging in sports and in some fun activities when he was shooting for the film. Now, compiling all these fun memories, he shared a post on Instagram by titling it as ‘Summer of Bawaal’.

The actor posted a series of photos and videos which includes photos of him sharing a meal with the team, exploring the streets, selfies with co-stars and even bonding with kids during his journey on his Instagram. He captioned it saying, “Summer of #Bawaal ???? ☀️In between of work Iv been exploring, observing and sometimes meeting up with European dogs ????- part 1” Looks like his post reveals that his followers can expect more set of photos and videos from the shoot schedule.

While further details about the roles and characters in Bawaal are currently being kept under wraps, the release date for the same has been locked. It is slated to release next year, on April 7, 2023. Besides this, the actor also has a supernatural thriller titled Bhediya with Kriti Sanon which is also expected to feature Janhvi Kapoor, albeit in a cameo appearance, with the actress reprising her role as Roohi.