One of the well-known celebrity kids in Bollywood is Shanaya Kapoor. With Bedhadak, Sanjay Kapoor's daughter will make her Bollywood debut. Shanaya has already become a Bollywood diva before she entered the entertainment industry because she makes it a point to turn heads wherever she goes and whenever she appears in public. The celebrity child also has a sizable social media fan base and frequently rewards them with beautiful photos and peeks into her daily life. Shanaya excels in retaining fans' interest. And now that she's just jetted off to Ibiza with her closest friends, the newcomer's images are making our feet itch. 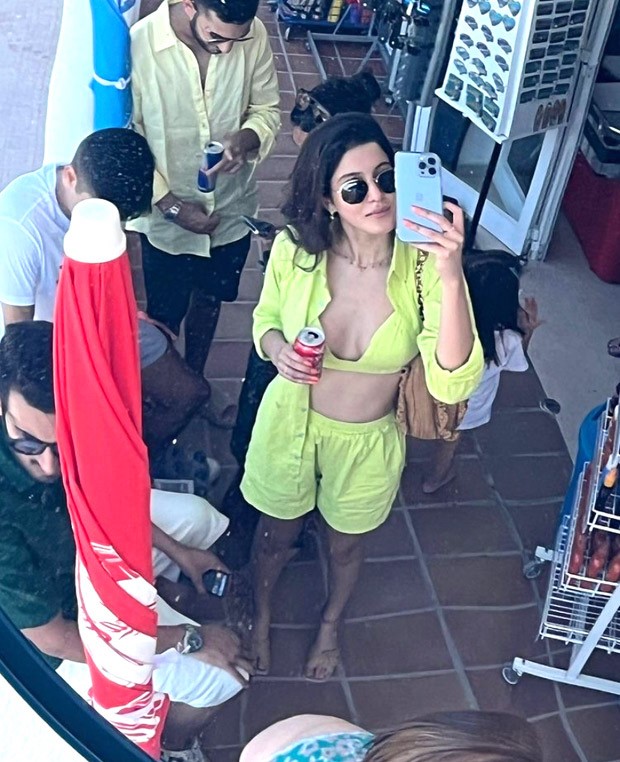 In the first image, Shanaya can be seen posing for a selfie in a mirror while sporting a bright green crop top, shirt, and shorts, all of which are accessorised with a pair of black sunglasses. While the following photo was taken inside a plane, the third photo shows Shanaya taking a selfie with a buddy while wearing a pink and blue bikini. Her buddies can be seen in other images. Along the way, Shanaya and her companions had a quick dip and posted a photo of their yacht ride. Her last photo indicates that she also headed to a club. Sharing the post, Shanaya captioned it as, "life is my favourite movie". Soon after she shared the post, her father, Sanjay Kapoor, commented, "Nice glasses," while her mother dropped heart emoticons. 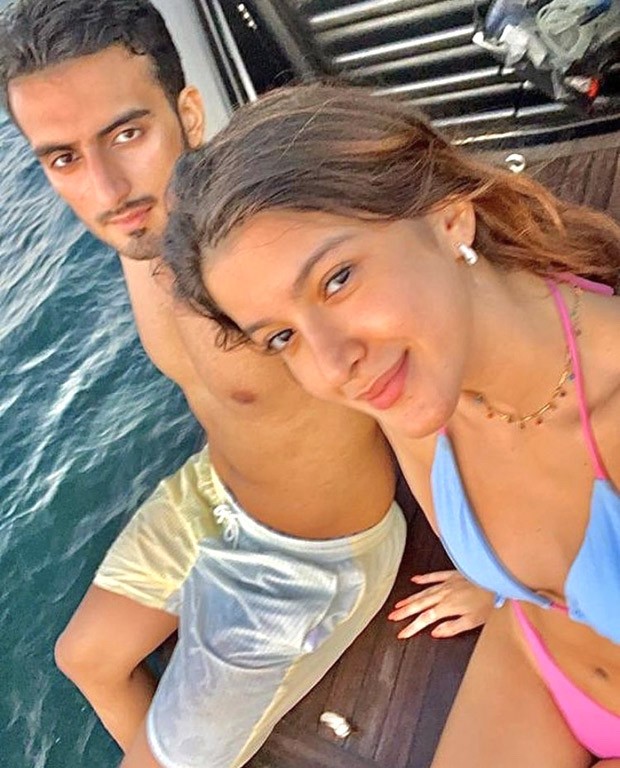 Shanaya is all set to make her Bollywood debut with Bedhadak. She will start filming next year. In the movie, she will be seen alongside Lakshya and Gurfateh Pirzada.