Bollywood superstar Shah Rukh Khan's 23-year-old son Aryan Khan was detained by the Narcotics Control Bureau on Saturday night and later arrested after the agents raided a rave party on a cruise from Mumbai to Goa. On Monday, the court sent Aryan and two others to NCB custody till October 7. Amid this, several have come out in support of Shah Rukh Khan and his son. 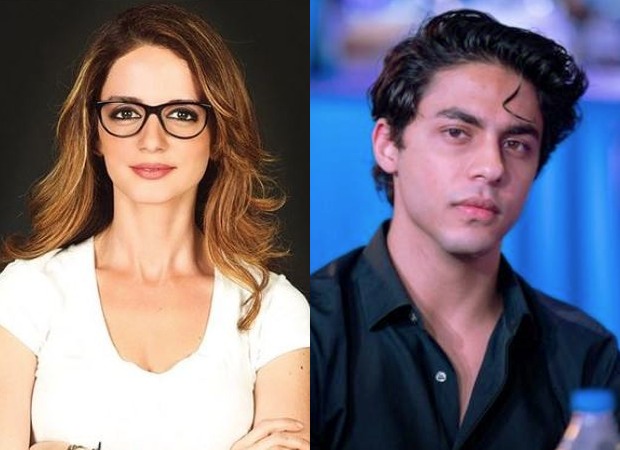 Interior designer and ex-wife of Hrithik Roshan, Sussanne Khan who is also close friends with Gauri Khan reacted sharply to social media users using this opportunity to vilify the 23-year-old. She said that Aryan was "at the wrong place at the wrong time". In the comment section of a journalist’s Instagram post, Sussanne Khan wrote, "I think this is not about Aryan Khan, as he was unfortunately at the wrong place at the wrong time, this situation is being made an example to drive home the excitement that some people get as they have a witch hunt on people from Bollywood."

"It's sad n unfair as he is a good kid. stand by Gauri n Shahrukh," she added.

In the post, the journalist claimed that Aryan Khan's arrest should be a wake-up call for parents.

Aryan Khan was arrested by Narcotics Control Bureau (NCB) office on October 3 after a cruise ship was busted for drugs. On October 2, NCB conducted a raid at an ongoing rave party on Cordelia Cruises' Empress ship in Mumbai following which 8 people were detained including Aryan. After hours of questioning, he was arrested under sections 20 (b), 27, 28 & 29 of the Narcotic Drugs and Psychotropic Substances (NDPS) Act. Along with Aryan Khan, Arbaz Merchant and Munmun Dhamecha were arrested as well.