It is a known fact that many netizens expressed their support on social media to many survivors of Me Too movement, who decided to come out and speak up against the sexual harassment they faced in the Bollywood industry. During the campaign, names of many prominent celebrities like Nana Patekar, Vikas Bahl, Alok Nath made it to headlines for sexually harassing their juniors, employees or co-actors. Actor turned BJP Politician Shatrughan Sinha, who hasn’t been named in the movement by far, decided to speak on the matter when he held the mic at a recent book launch. His comments have triggered many on Twitter and have started receiving backlash on the social media platforms. 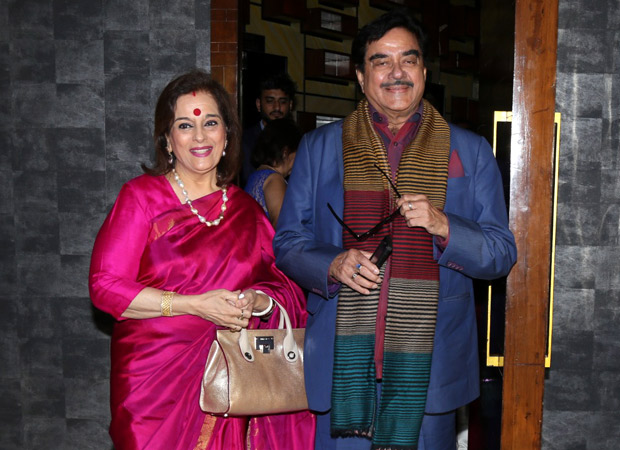 For the uninitiated, Shatrughan Sinha, whilst speaking about the Me Too movement, during the book launch made statements like, ‘Behind the fall of every successful man also there is a woman’ and how many women use Me Too as a way to shame men. He also went on to add that despite doing all the deeds, he considers himself to be lucky that his name wasn’t dragged in the movement. His comments left the Twitteratis in shock, who took to the micro blogging site to express their disappointment and appalment over the comments made by the veteran star. Many were even shocked to hear these comments since Sinha is a father of a daughter and the popular actress Sonakshi Sinha.

Soon, when the actor was questioned during the press conference of the same book launch regarding his frivolous take on the Me Too movement, Shatrughan Sinha asserted that his words should be taken in a lighter spirit. However, this comment managed to infuriate some even further owing to the way he jokingly dismissed such a major movement that deals with sexual harassment survivors.

I think I have been fortunate that despite doing all that I did, my name hasn’t popped up in the #MeToo - #ShatrughanSinha
Why would you even say something like this ???? Either you are gloating or naive. It is not something to be proud of or feel fortunate about! https://t.co/dwwhGasWrk

@sonakshisinha what’s up with your father and his comment on #metoo. Being a woman yourself what are your thoughts ??#ShatrughanSinha

#ShatrughanSinha at a book launch in Mumbai : In the era of #MeToo I think I have been fortunate that despite doing all that I did,my name hasn’t popped up in the #MeToo @IndiaMeToo #MeTooIndia
Can anyone give him a tight reply?@ShatruganSinha admitting for his sins already ???? https://t.co/4cR9LMUwov

Also Read: “I am lucky that despite my DEEDS, my name hasn’t come in the ME TOO movement by far” – Shatrughan Sinha