Ranveer Singh has been soaring high with the success of his last release, Simmba helmed by Rohit Shetty. The film has already crossed 200 crore mark at the box office. The actor had a tremendous 2018 starting with the massive success of Padmaavat which entered Rs 300 crore club. The actor shed down his hero image to essay the menacing Sultan Alauddin Khilji. The Sanjay Leela Bhansali directorial received accolades but Ranveer clearly stole the show with his villainous role. While fans eagerly want him to do such roles in future, Ranveer Singh is skeptical of going down that path again. 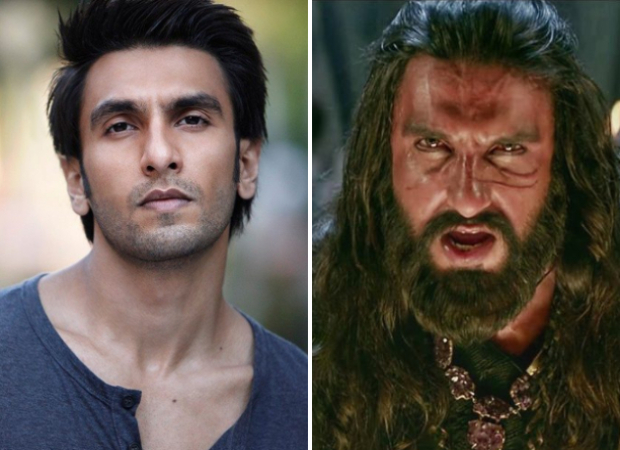 Ranveer Singh, who is currently promoting Gully Boy, had earlier revealed that playing Khilji had really taken a toll on his mental health. The actor had to undergo therapy to get out of the dark phase. While speaking to Bollywood Hungama, when asked after the time has passed if he is willing to do such roles, Ranveer said, "Probably not. Not anytime soon, not on the periphery. I can't back there. Touchwood, I am very blessed that right now I am going through a very good time. I am very happy and happily married. I am being showered with love and affection from my wife. I am in a very warm and fuzzy, happy space in life. To be honest, when Khilji was offered to me, I was happy even then. But, I was prepared to go down that rabbit hole. Now, I am not prepared to do that again because having done that before, I know how deep and dark it is. I don't want to do that? Not anytime soon and hopefully never. I will do this mercy on myself and not go down that path again."

Ranveer Singh, meanwhile, is all set to star in Zoya Akhtar’s directorial Gully Boy starring alongside Alia Bhatt. Gully Boy is produced by Ritesh Sidhwani and Farhan Akhtar under the banner of Excel Entertainment in association with Tiger Baby and this film on the underground rap movement in India is slated to release on February 14.