Akshay Kumar and family are currently enjoying their downtime in London. After wrapping up Hyderabad schedule, they flew to UK for their family vacation. Twinkle Khanna has been sharing cute moments on social media with her daughter Nitara and son Aarav. 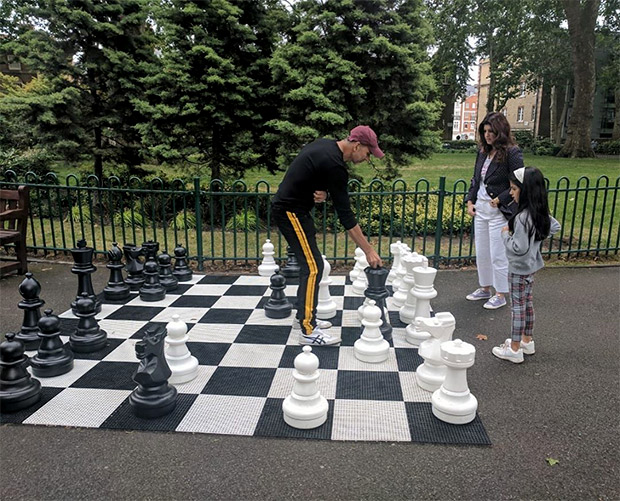 Twinkle Khanna shared a photo of herself with Nitara and Akshay while they watching him standing on the giant chess board. She captioned the picture, “Unfortunately when you play any game with a certain Khiladiyon Ka Khiladi losing is rather inevitable.”

Akshay Kumar has many projects in the pipeline. The actor will be next seen in Mission Mangal followed by Housefull 4 which is set for Diwali release. Soon after that, he will be starring in Good News which is set for December 2019 release. Next year, the actor has Laxmmi Bomb and Sooryavanshi. He will also star in Amazon Prime's original series.