It is the music that made Shammi Kapoor. What would his legendary status be without the voice of Mohammed Rafi and the compositions of Shankar Jaikishan? Selecting the 5 most iconic Shammi Kapoor songs wasn’t easy. It can’t be, when the man breathed the rhythm of the songs and exhaled the zest of life. 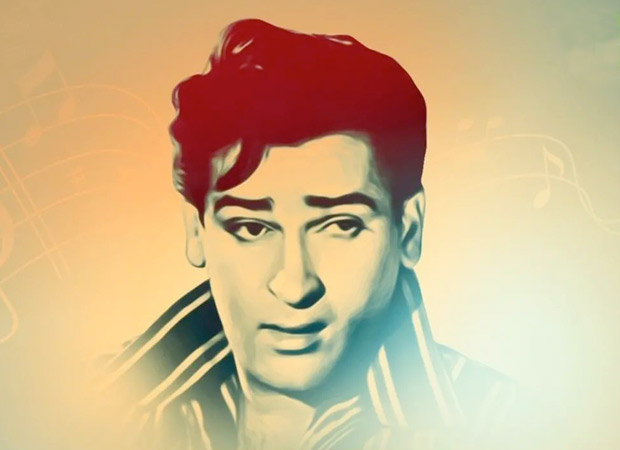 1. ‘Yeh Duniya Ussiki Zamana Ussika Mohabbat Mein Jo Ho Gaya Ho Kissika’ (Kashmir Ki Kali): The film that introduced Sharmila Tagore to Hindi cinema had Shammi Kapoor serenading his gorgeous co-star with many O P Nayyar songs, the zaniest being ‘Taarif Karun Kya Usski’. But the best song of the film found Shammi alone and pensive in a bar, brooding about his bleeding heart to the bartender. ‘Bar Bar Dekho’….Don’t miss the stunning saxophone passage in this imperishable song about a broken heart that doesn’t mind the grief as long as it has experienced the exhilaration and annihilation of love all in one breath.

2. ‘Dil Ke Jharokhon Mein Tujhko Bithakar’ (Bramhachari): What was it about Shammi Kapoor and Mohd Rafi that tied them together like twin towers ready to explode? All of Shammi’s biggest hits were sung by the one and only Rafi Saab. Bramhachariis best known for Shammi’s zingy duet ‘Aaj Kal Tere Mere Pyar Ke Charche’. But the show-stopper is the high pitched crescendo of this piano-pounding Rafi solo where we can actually hear the sound of the shattering heart. Monumental!

3. ‘Badan Pe Sitare Lapete Hue’ (Prince): By the time Shammi came to this film which paired him with Vyjanthimala for the first time he was over-the-hill .But the fire burnt every time the song came on. There was zero chemistry with the heroine. But then Shammi could romance a lamp post. His adaakariin this rousing Shankar-Jaikishan solo is so darned libidinous, there was steam coming out of the screen as Shammi sizzled. Wow.

4. ‘Tumne Mujhe Dekha Hokar Meherbaan’ (Teesri Manzil): This Nasir Hussain entertainer is known for several chartbuster by R D Burman (whom Shammi didn’t want to do the music to begin with, but that’s another story). While you may go by the ritzy ‘Aaja Aaja Main Hoon Pyar Tera’ or the ditzy ‘O Mere Sona Re’,the real jaanof the score is this sombre Majrooh Sultanpuri lyric about the ephemerality of love. How apt that it was shot immediately after Shammi lost his beloved wife Geeta Bali. Leading lady Asha Parekh says everyone on the sets wept when Shammi emoted to this song. We know the feeling.

5. ‘Yahoo, Chahe Koi Mujhe Jungle Kahe’ (Junglee): In a film that boasted of one of Rafi-Shankar Jaikishan's most majestic Ghazals (Ehsaan tera hoga mujhpar) it seems a shame to talk about this relatively pedestrian song. But stop right here. This is the song that launched Shammi's image as the rebellious lover boy, the wild untameable Tarzan in constant pursuit of his Jane. It could be, Saira Banu, Sharmila Tagore, Asha Parekh, Kalpana or Leena Chandravarker. Just give the man his song, and he was on his way to the moon