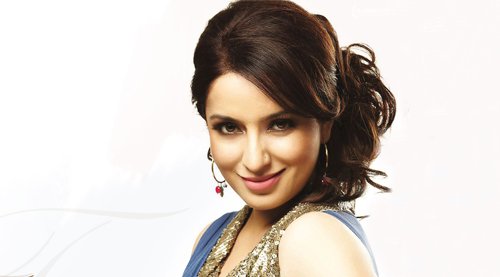 Tisca Chopra who has dazzled with her performances in Taare Zameen Par, Ankur Arora Murder Case, Rahasya and now Qissa says she has a long way to go. "I look at Meryl Streep and Felicity Huffman's performances, and I feel I haven't even begun to express myself. Then I get a call from Shabana Azmi congratulating me for a performance. And I feel I must be doing something right."


Tisca says she's enjoyed working with the long-missing Arvind Swamy. "At one point he was considered the ideal husband material. The guy every girl wanted to take home to her mother. I found him to be so much fun to work with, so mischievous."


She admits she is sometimes saddled with uninspiring co-stars. "But I don't think of what I want. I only think I get what I deserve. The roles coming my way are varied and I am busy enough to keep me happy. Acting provides the fulfillment of never being fulfilled. One is never as good as one would aspire to be. So there is always that sense of incompleteness that makes all actors strive to be complete."


Tisca raves about her Qissa director Anup Singh. "When he met me he said, 'You're My Mehar, the character of Irrfan's wife'. Initially I had a problem with the last portion of the script where the narrative turns surrealistic. I couldn't understand why the film needed to move away so suddenly from its realistic mood."


The actress was convinced to do the role because of the director's sincerity. "Anup is quite simply the best human being I've ever met. I did the film because I wanted to believe in his belief. His innate sense of goodness carried me through the film. And thank God I went by his convictions. Anup's sense of mise en scene is unparalleled. He has conducted master classes in cinema in Geneva. Every moment on location for Qissa was a learning experience for me. The film was produced by five countries. So there were varied cultural perspectives on location."

5 Things to look forward to in Farhan Akhtar…