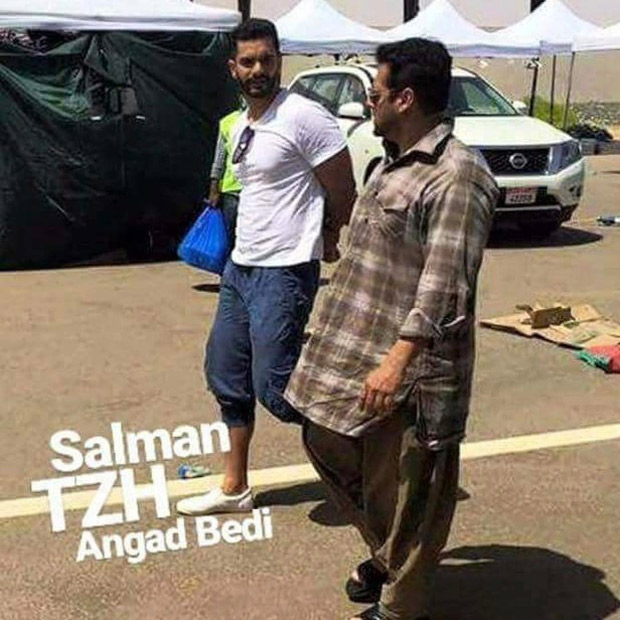 Salman Khan is gearing up for two big releases this year. With Tubelight teaser out, the actor has begun second schedule shooting of his next film Tiger Zinda Hai.

After wrapping up a schedule in Austria last month, the cast and crew of the film have begun the next schedule in Abu Dhabi. Angad Bedi, who earned accolades for his performance in Pink, has joined the cast. A picture has been doing the rounds of social media where one can see Salman Khan strolling with Angad Bedi whilst engrossed in a conversation. Salman is donning an oversized kurta and Angad is dressed casually on the sets. Salman was also seen sitting on a chair in between shots. Director Ali Abbas Zafar had shared several pictures of some of the locations from Abu Dhabi which will look beautiful on the big screen. 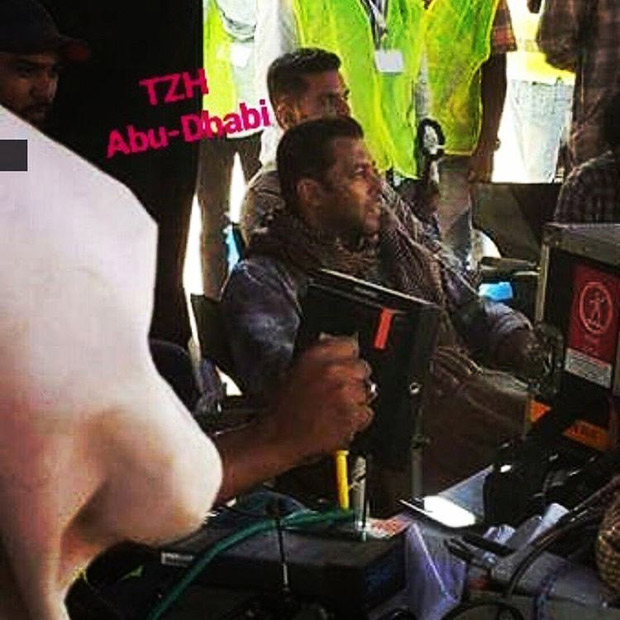 Tiger Zinda Hai also stars Katrina Kaif opposite Salman Khan. The film is a sequel to Kabir Khan‘s 2012 film Ek Tha Tiger. It is slated for release on December 22 this year.