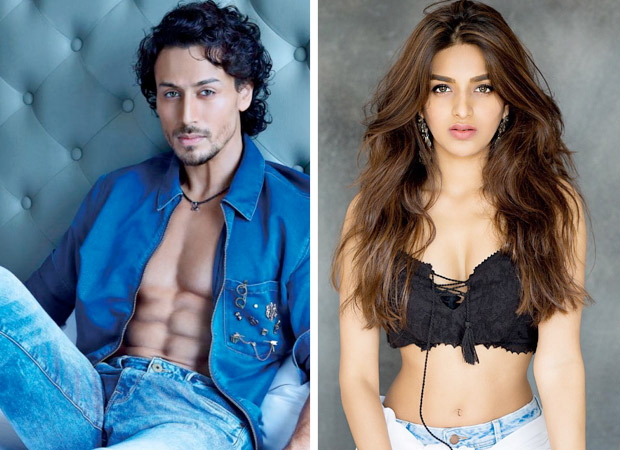 Shooting in different locations come with its own set of pros and cons. From shooting in low network areas with lack of basic necessities to shooting in extreme climatic conditions, actors go through several hurdles whilst completing a film. It was no different for Tiger Shroff and his debutant co-star Niddhi Aggrewal when they were shooting for Munna Michael.

The shoot schedule of the film had shifted from the streets of Mumbai to the picturesque Jordan for a few days and director of the film, Sabbir Khan revealed a few scoops about how the cast tried to tackle the extreme chilly weather. He was shooting scenes which had Niddhi sporting chiffon sarees amidst the cold climate and the actress was hence given a special kind of coffee to keep her warm. It was blended with a bit of rum in a flask. Sabbir asked her to sip the mixture at brief intervals and despite her initial resistance the actress agreed to do so to keep her from succumbing to freezing conditions.

On the other hand, Tiger Shroff opted for binging on chocolates. We hear that the team actually counted and realized that the actor ate over 16 chocolates every day to retain his energy levels. Whilst his mornings often comprised of his two hour workout schedule, he continued the chocolate diet for the rest of the day in order to survive the climate. Sabbir was also impressed with the co-operation of the locals who in order to help the cast and crew amidst the climatic conditions, gifted them camel skin jackets which the leading actors often used after completing their shot.

Besides this, Sabbir Khan also spoke about the sensitive political climate in Jordan. While they obviously received support from the government as well as good security, the filmmaker mentioned about the tanks and army officials patrolling around.

Munna Michael also stars Nawazuddin Siddiqui, Ronit Roy in prominent roles and is slated to release on July 7 this year.