Apart from his films, Bollywood actor Tiger Shroff has often grabbed attention for his intense workout videos. From his toned muscles to his ripped body, he is widely considered a fitness icon among his fans. Tiger’s Instagram feed also features numerous videos giving a peek into his workout routine. 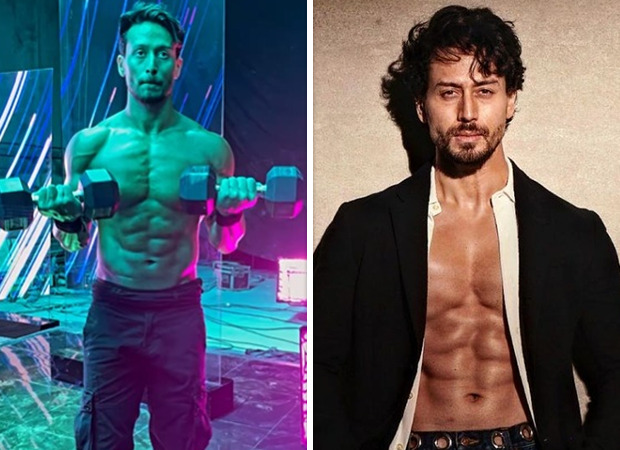 Tiger Shroff lifting dumbbells effortlessly in THIS video is all you need for workout motivation, watch

Making an addition to the same, the Baaghi actor shared a new video on November 7. In the video, a shirtless Tiger can be seen exercising with dumbbells. Interestingly, the video also has two photos, in which the actor appears to be running. Meanwhile, Modjo Band’s ‘Lady’ can be heard in the background of the reel video.

Instagramming the video post, the Screw Dheela actor wrote a brief caption, which read, “Pressure is a privilege.” In less than two hours, the video managed to garner numerous views from his 36M Insta fam. Many praised the actor for his dedication and maintained physique.

Along with fans, Tiger’s friends and family also showered love on him. His mother exclaimed, “Absolutely”, while actor Nikitin Dheer wrote, “Peeled,” followed by a fire emoticon. Actor Karan Tacker also “agreed” with Tiger’s caption. The comments section was flooded with red hearts and fire emoticons.

Coming to his professional front, the 32-year-old actor was last seen in Heropanti 2. The film also featured his Student Of The Year 2 co-star Tara Sutaria. Though the film had created a buzz before its release, it performed poorly at the box office.

Shroff has a bunch of projects in his kitty, including Ganapath. Helmed by Vikas Bahl of Queen fame, the action thriller will mark his reunion with Kriti Sanon, with whom he marked his debut in the film industry. He also has Rambo and Bade Miyan Chote Miyan lined up.