While she has done films with superstars in Bollywood, Katrina Kaif reminisced about the time she had shot with a South superstar! Well, did you know that the Zero actress had filmed an ad commercial with none other than Thalapathy Vijay? She spoke about shooting with the Sarkar actor then and was heaping praises at him while she was at the show Feet Up With The Stars which is hosted by Anaita Shroff Adajania. 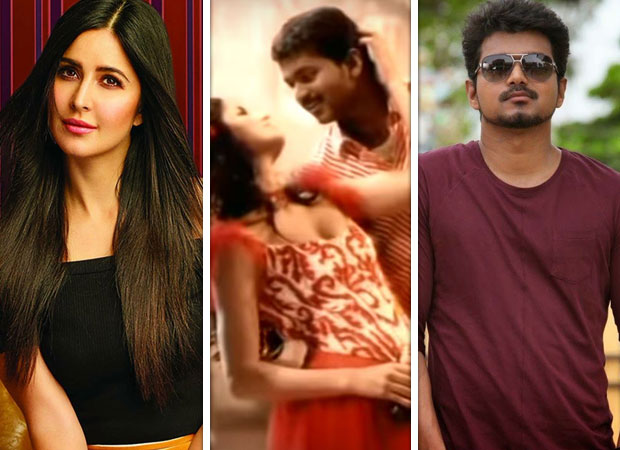 Katrina Kaif recently was a part of the show Feet Up With The Stars wherein she revealed the experience about shooting with Thalapathy Vijay for Coca Cola. While she was talking about her early days in the industry with Anaita, they went on to reminisce the time she shared screen space with Vijay and it was her first ad together with Anaita.

Katrina spoke about how clumsy she was in the ad in which she played a ballerina and she further added, “That boy, he is hugeeee star that we realized later. That guy was so polite. You won’t know this but we were shooting in Ooty and I was sitting on the floor and it was quite cold there. I was busy on my phone, when I see in front of me these two feet or rather shoes. I just ignored it thinking someone might be standing! I didn’t bother to look up and I still see these feet. So when the person continued standing there, I looked up and I realized that it’s the South superstar whose name is Vijay and he was so polite. He was actually waiting not to disturb me and all he wanted to say was goodbye.”

Further Anaita added that he was so shy that he didn’t want her to touch him. Here’s a glimpse of the ad in question: