The growing friendship between Vicky Kaushal and Katrina Kaif is the talk of the town today. And now today, we have come to hear that the two may soon appear together in a movie, where they will be romantically paired opposite each other. Vicky, till recently was dating Harleen Sethi, till she him on social media and he announced he was single, at a style award event. 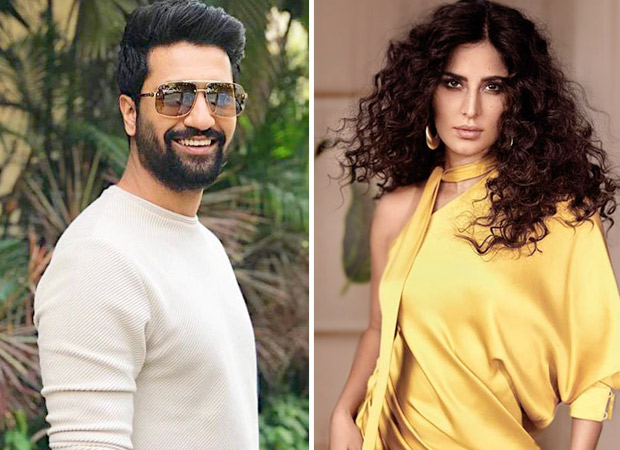 Says a trade source, “Apparently, the film which Katrina and Vicky are doing together will be produced by Ronnie Screwvala, who is known for his sensible, commercial successes. After the blockbuster, Uri: The Surgical Strike, Vicky Kaushal, director Aditya Dhar, and Ronnie Screwvala, are reuniting for a period war film, which will be shot all over India and release next year. But this won’t be the movie that Katrina and Vicky are in talks with Ronnie for. It’s another intense love story, possibly inspired from real life and something along the lines of Kedarnath, which was again a big hit at the Box-office. Both the actors share amazing chemistry off-screen. They have come together on a television show Tape Cast where both appeared to be very comfortable with each other and shared a warm rapport. While there has been talk of both being more than just good friends, it will be interesting to see if that chemistry can translate into something more sizzling on-screen too in a film. It’s all very hush-hush at the moment as the modalities, including dates, money and roles, first need to be worked out.”

The source adds that though Vicky was then in a relationship with Harleen Sethi, they broke up and people speculated that it was his growing proximity with Katrina. “It was Katrina Kaif who had first mentioned on Karan Johar’s chat show, Koffee With Karan that she wanted to work with Vicky as she felt the two would look good together and when Karan told Vicky when he came on the show, the actor pretended to faint in disbelief. But it was during an awards show that they came together for the first time on stage and bonded extremely well. When Vicky had asked her on stage, “Why don't you find a nice boy like Vicky Kaushal and get married to him? The season of weddings is on, so I thought, you too would want to do the same and so I thought I ought to ask you," Katrina had pretended to act confused and replied, "What?" To which, Vicky asked her, "Mujhse Shaadi Karogi?" with the song playing in the background. Katrina giggled and as a parting shot replied, "Himmat nahi hai." She had even come for the trial of Uri when she is not known to attend many trials except the ones of very close friends.”

On the work front while Katrina has signed Rohit Shetty’s Sooryavanshi, opposite Akshay Kumar, she is in talks for a sports biopic on famous athlete PT Usha, directed by ad filmmaker and director Revathy S Varma. The source reveals, “They are planning to do a look test for the film and of everything works out they will announce the movie.”