Woah! It seems that the forthcoming film of Rajinikanth with A R Murugadoss titled Darbar will have more than one Bollywood connection. Not only did Prateik Babbar join the star cast as the antagonist recently, but it seems that the film makers have roped in one more actor from the Hindi film industry. We are talking about Nawazuddin Siddiqui’s right hand from Sacred Games Bunty aka actor Jatin Sarna. And furthermore, the latter has even confirmed about it on social media. 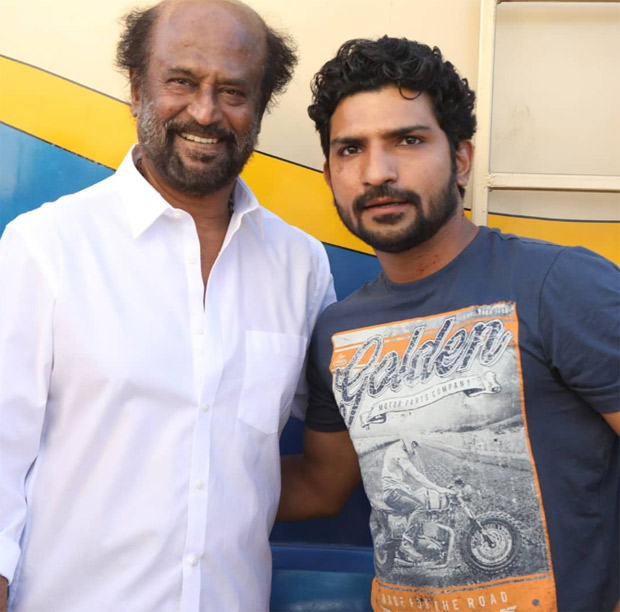 While Petta saw Nawazuddin Siddiqui making his South debut alongside Rajinikanth, his co-star Jatin Sarna too will be sharing screen space with the megastar in Darbar. The actor even took to Instagram to announce about his association with the superstar wherein he expressed his happiness and excitement of acting along with the ‘living legend’ and ‘God of style’. He also shared a series pictures along with one featuring him with the director of the film, A R Murugadoss.

Kya re.... Words will fall short to express my feelings, my emotions.. May be paragraphs or a short story or somewhere in near future in any interview I would definitely reveal how it was to meet this living legend, God of style, someone who is loved by everyone in our country, who's magic will never fade.. Super human, Super Star one and only Mr. #rajnikanth #thalaivar #kabali #kaala #petta (In between he calls and spell my name jithen)???? With Director #armurugadoss Big thanks to @nalinirathnam

The film will also feature Nayanthara in the role of a leading lady alongside Rajinikanth. Nivetha Thomas is expected to essay the character of Rajinikanth’s onscreen daughter. On the other hand, in the first look poster that was released earlier, it was hinted that Rajinikanth will be seen in the role of a police officer.

Interestingly, Darbar is being shot in India and in an earlier interview, Prateik Babbar too expressed his excitement of being a part of this A R Murugadoss film and called it as a once in a lifetime opportunity.

Also Read: Rajinikanth shoots for Darbar in Mumbai and here’s the proof!