Salman Khan and Katrina Kaif starrer Bharat is one of the highly anticipated films of the year. The actors have been shooting for a while now and wrapped up the film just a week ago. Director Ali Abbas Zafar had taken to social media to announce the wrap up of his third film with Salman Khan and Katrina Kaif. “Film wrap for @Bharat_The Film shoot done, life continues in the edit rooms now. Full fledge post production begins. Eid is coming closer,” he had tweeted. 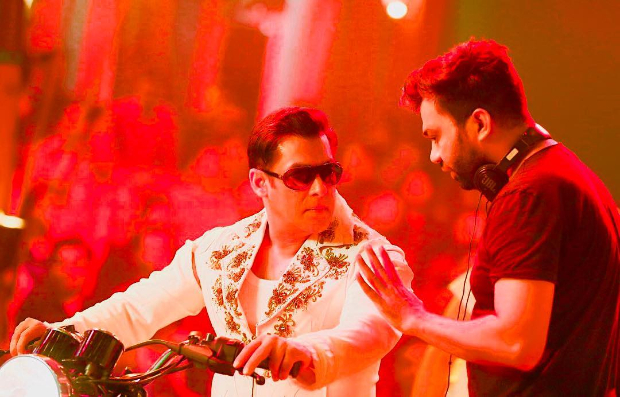 As the fans are eagerly waiting to catch the glimpse of Salman Khan, the makers are teasing us with behind the scenes photos. Atul Agnihotri, who is the co-producer on the film, shared a glimpse of Salman Khan rocking an extravagant outfit during the shooting of circus sequence. Dressed in all white with embellished work, he is seen engrossed in a conversation with the director of the film, Ali Abbas Zafar. He wrote, "#Bharat #OnLocation #Memories @bharat_thefilm @beingsalmankhan @aliabbaszafar #ComingSoon."

This will be the fourth time Katrina Kaif and Salman Khan will be paired opposite each other. Bharat is an official adaptation of South Korean film – An Ode To My Father. It also stars Tabu, Jackie Shroff, Disha Patani, Nora Fatehi and Sunil Grover in pivotal roles. Bharat, which is Salman’s Eid release for this year, is slated to release during Eid 2019.

ALSO READ: Bharat: Salman Khan and Katrina Kaif are all smiles as they wrap up Ali Abbas Zafar directorial