The world was celebrating the day of love as it was Valentine’s Day yesterday. While the people around the world celebrated the day with their loved ones, veteran actress Neetu Kapoor shared her Valentine’s Day picture as well.

Celebrating the day, Neetu Kapoor shared a goofy picture of toddlers Ranbir Kapoor and Riddhima Kapoor as they made bunny ears while posing for a photo. This throwback photograph simply made every fan’s day. She captioned it, “’v’ on the heads of my valentines.” 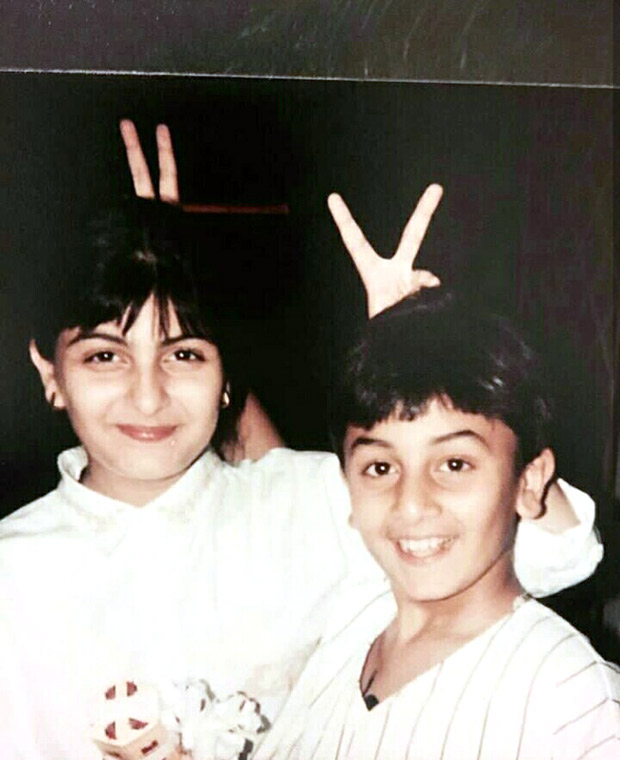 Meanwhile, on the work front, Ranbir Kapoor was last seen in Anurag Basu’s Jagga Jasoos. The actor recently wrapped up Sanjay Dutt biopic which is helmed by Rajkummar Hirani. The multistarrer is slated to release on June 29, 2018. Currently, Ranbir Kapoor is in Bulgaria with Alia Bhatt and Mouni Roy shooting for Ayan Mukerji’s superhero flick, Brahmastra. The film is slated for August 15, 2019 release.