Veteran actor Anupam Kher often shares moments from his past with his fans on social media. He is very active on social media and often likes to share his past work memories. The actor recently shared a legendary memory from Karma which starred iconic Dilip Kumar. 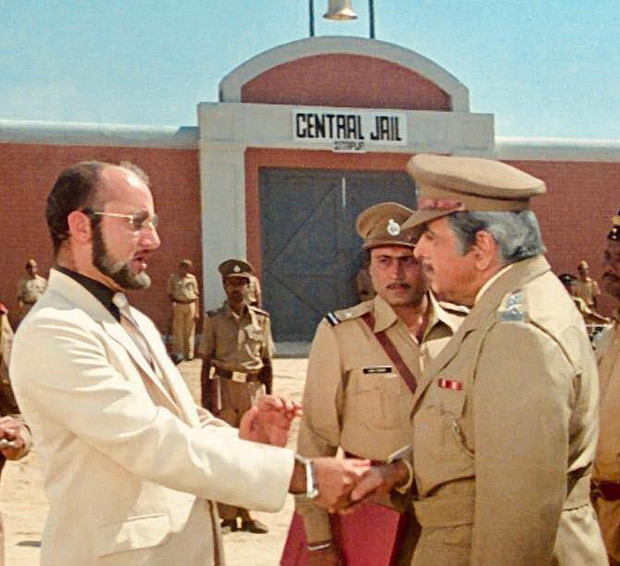 Anupam Kher, on Wednesday, shared a still from the film Karma which was helmed by Subhash Ghai. The actor played the iconic villain Dr. Dang whereas Dilip Kumar essayed the role of police officer Rana Vishwa Pratap Singh. He revealed that Dilip Kumar had asked him to relax on the first day of shooting. "The iconic meeting of #DrDang with #RanaVishwaPratapSingh. This was my first day of shoot for Subhash Ghai Ji’s magnum opus KARMA. I was apprehensive, nervous, & excited to be in the same frame with the real thespian and legend #DilipKumar. His “Relax! It is only acting” didn’t relax me. But his pat on my shoulder after the shot did make me think that I had arrived. There is, and there will be, nobody like Dilip Saab. He is the ultimate actor India has ever produced. Jai Ho," he captioned the photo.