Aazaad, the actor-writer-director unveiled the poster and song of the first mainstream film in Sanskrit Aham Brahmasmi on June 11, 2019. The historical ceremony was special as for the first time through the film Aham Brahmasmi, a filmmaker is revitalizing the forgotten language Sanskrit to evoke the eternal essence of immortalism in world Cinema. The film is presented by pillar of Indian Cinema, Rajnarayan Dube and legendary film company, The Bombay Talkies Studios along with Kamini Dube and Girish Ghanshyam Dube. 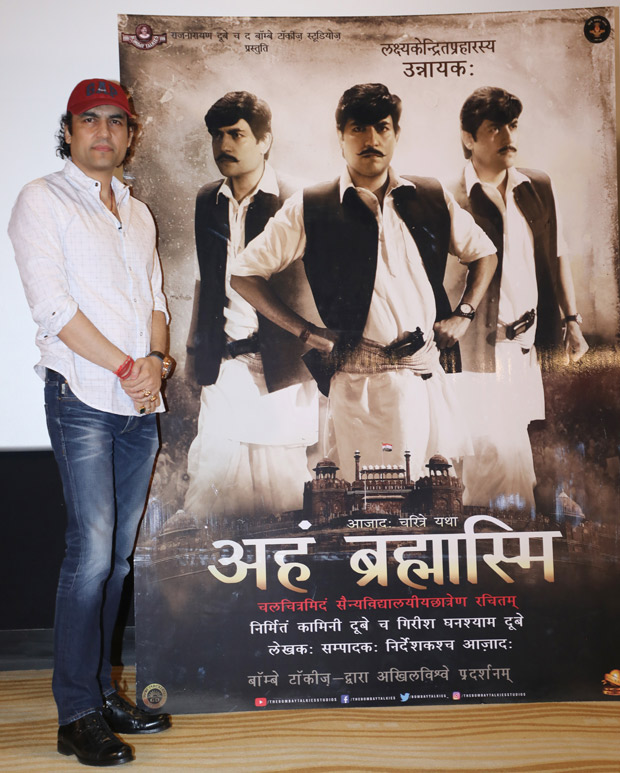 On this special event Aazaad spoke about his sole purpose and aim which is to reunite the whole world through a sense of unity and diversity. He strongly feels after the release of Aham Brahmasmi many other filmmakers will try to walk the path of reinventing cinema with Sanskrit. The film has all the key elements of mainstream cinema like high voltage drama and patriotism in its core. The movie blends tradition and modernity. Aazaad also said “We all should love, respect and give priority to our own culture and heritage. Why are we forgetting our own traditions and culture where-as people from different countries are trying to follow our Indian Culture”.

The ceremony also witnessed filmmaker being felicitated by Pratik Kumar on behalf of ‘The Bombay Talkies Studios’ on the grand achievement of showcasing the film Rashtraputra on a prestigious global platform of Cannes film festival. The film generated enormous appreciation and was loved by the global audience. The film Rashtraputra has been produced by legendary film company The Bombay Talkies Studios and Kamini Dube. After sixty five years Bombay Talkies has created history again. This time in the field of woman empowerment with a female producer, Kamini Dube as the mighty Rashtraputra and discovery of eternal thoughts Aham Brahmasmi. Producer Kamini Dube mentioned at an interview “I am extremely honoured that our omnibus endeavour has been premiered at Festival De Cannes (France). Aazaad beautifully framed his vision on silver screen and we are absolutely proud of him that he is ready to stimulate the core culture of eternal India through the film Aham Brahmasmi. 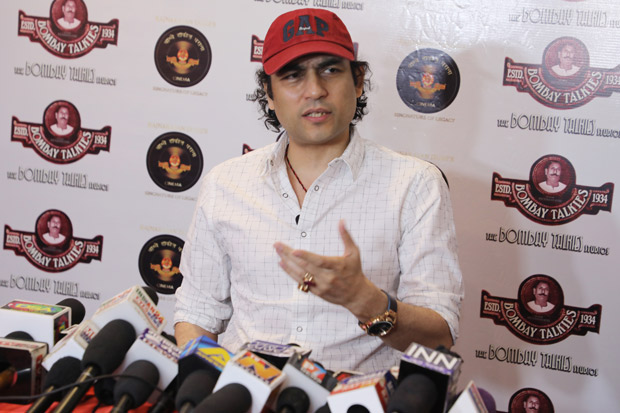 Maintaining the legacy of Bombay Talkies, the film will be releasing worldwide soon. Along with India the film will be released in international cities like London, New York, Johannesburg, Moscow, Paris, Los Angeles, Geneva, Berlin and few others. Aazaad himself being a military school student, he will be showcasing the film to the students in different schools, colleges and universities. He wants the young students to understand our culture and traditions at young age. Aazaad said the film Aham Brahmasmi will be glorified treasure to the Indian government by Bombay Talkies. This film will break all the barriers of cast, religion, languages in the society and to unite the country once again.