Anupam Kher: “What can I say about a human being who has taught me everything worth learning in life? We’ve lost the doyen of Indian theatre. Ebrahim Alkazi Saab was not only my guru and mentor. Everything that I know about acting I learnt from him. He not only gave me the raw material as an actor but also shaped the way I look at life. Alkazi Saab was much more than a theatre director. He has trained innumerable actors to be good human beings. He elevated the status of theatre and its products like us. In fact we his disciples think of ourselves as his miniature clones. When I opened my acting school I modelled it on Alkazi Saab’s vision of art. He introduced me to art, culture, literature. He shaped my thoughts my opinions on life and acting.” 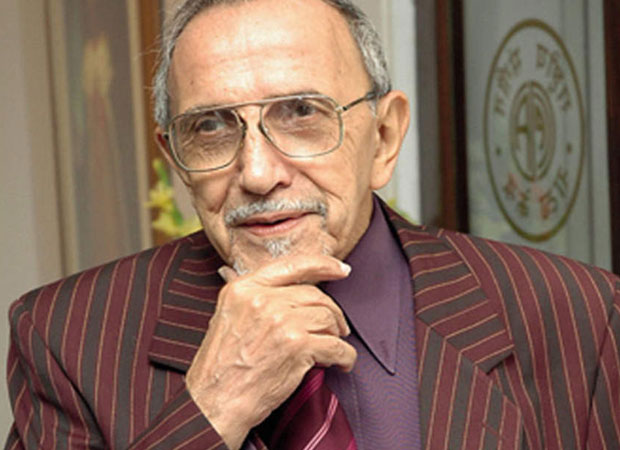 Naseeruddin Shah: “My book ‘And Then One Day’ contains many thoughts on the great man. He was too huge a personality to be described in brief clichés.”

Shabana Azmi: “He was the last of the giants in theatre. I have always been envious of the students who had the good fortune of being trained by Alkazi Saheb. He was not just an acting coach but a teacher who taught you how to live life because an actor is her own instrument. My deepest condolences to the family.”

Nawazuddin Siddiqui: “Ebrahim Alkazi Saab was fully knowledgeable on every aspect of life and drama, and the drama of life. To be trained by him meant you were being schooled by the best possible teacher in the school of life.”

Neena Gupta: “I joined the National School of Drama (NSD) only so I could learn acting from him. Unfortunately he had quit NDS before I joined. But he was, and will remain, a legend of stage direction and acting. While I was at the NSD I kept hearing so many stories about him. He was considered not only a drama coach but a life coach. His students came out as complete human beings. He not only taught acting but also took keen interest in other aspects of his students’ lives. For example, he personally checked the finger nails and other hygiene details of his students. I wish I had the privilege of being taught by Alkazi Saab.”

Manoj Bajpai: “A teacher a theatre legend who made teaching and acting so scientific! He made his students realise that theatre requires extreme dedication and hard work and turned NSD into a respected centre of learning and Art and culture. I never had the opportunity to learn from him but I saw and experienced the impact of his teachings at NSD and in all the students who joined or passed out from the Institute much after he retired. He will always be irreplaceable.”