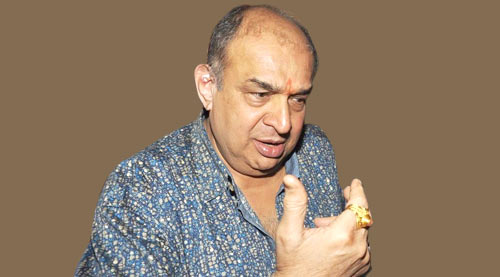 Taking a firm stand against increasing the ticket rates in his theatres for PK, G7 proprietor Manoj Desai says that it could set an unwelcome trend

If single screen owners stand as a united front and do not succumb to the demands of film-makers during big releases, we can avoid being taken for granted. I have been the sole voice against the exorbitant ticket rates that single screen theatres have been asked to increase by the makers of PK.

The reason ticket rates of big films are hiked is because everybody wants to use the star power to the fullest. Today, film-makers are in a haste to enter the Rs.200 and Rs. 300 crore club in the first week itself. They want their films to become the highest earners in the shortest span of time and create a record. Why should one do that? In the past too, we were asked to increase the ticket rates during the release of films with bigger stars but I have always refused to succumb to such demands. Although, it takes time to earn profits, we have managed to break even.

These are tough times, when there is cut-throat competition everywhere. If we, the single theatre owners, succumb to the demands of film-makers, then every time around a big ticket release, there will be a demand to increase the ticket rates. If we continue to function in this manner, then we will set precedence for others to follow and let them dictate their terms to us.

The ticket rates in single screens are kept at a steady Rs.80 and Rs.100. It is because the single screens cater to a particular segment of audience that can't afford high-priced tickets. It would have been unfair if the ticket rates of PK in single screen theatres were increased to Rs.175, Rs.250 and Rs.300. If they have to pay such rates, why would they come to single screens? Why not go to a multiplex and watch the film in the luxurious confines of a red carpet lounge instead?

This scenario has arisen because other single screen theatre owners have complied and hiked the rates for the tickets of PK in their theatres. Even a theatre like Nandi in Bandra, Mumbai, which does not have a balcony and is a non-AC theatre, has hiked the ticket rates!

Another reason, according to me, why single screen owners have agreed to hike the ticket rates for PK is because there are no releases in the coming week. The past weeks too, had not been very good. In order to earn, they had to showcase the film in their theatres (even at higher rates). I have been in this profession for the last 40 years and I cannot betray the trust of my patrons. It is indeed, difficult to survive, what with people watching films on DVD or downloading them on their mobile phones. But the reason why I have survived in this profession for the past 40 years is because I run the film in all the three theatres -Gaiety, Galaxy and Gemini - and ensure that the film runs for at least three to four weeks. The reason why Dilwale Dulhaniya Le Jayenge ran for 1000 weeks in Maratha Mandir was because of the reasonably priced tickets. Ultimately, the adage - slow and steady wins the race - holds true.