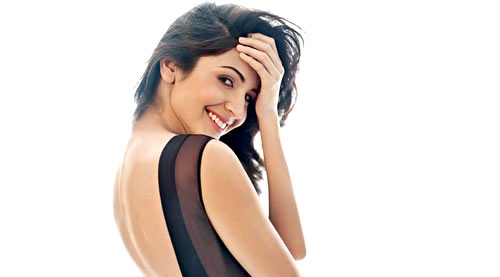 Almost two years of waiting period since the release of Matru Ki Bijlee Ka Mandola, Anushka Sharma has struck back with the super-success of PK. Though an Aamir Khan film doesn't necessarily have much to do for a leading lady, Anushka has defied all odds and has managed to match him step by step in this Rajkumar Hirani film. Now for her next release NH10 (which she has produced along with Eros and Vikramaditya Motwane), Anushka has pretty much gone solo in the heroine-centric affair that has Navdeep Singh (Manorama - Six Feet Under) as the director.

Anushka, you have diversified into production as well with NH10, a film that you started and finished in quick time this year. How has that stint been for you?

What I feel is that the whole reason to produce films comes from a very clear space. When I used to see certain kind of films, I always thought that one day I would like to make such films of my own. I spoke to my brother and he was on board. NH10 just came to me as a script; I read it and fell in love with it. It was an instinctive decision and I just wanted to do it. As for turning producer with the film, the main reason was that I wanted to be completely involved with the project and back it up fully. I felt so strongly about it that I wanted to stand by it totally.

As a first time producer, how did you work on the commercials?

I knew for sure that NH10 had to be made on a certain budget. I knew that if I came in as a producer then I would be able to save money of my fee and instead put it into the film. I wanted to make it in the best way possible with limited funding. Now if the film becomes successful then I am okay and if not then I bear the consequences.

You must be indeed looking forward to an exciting 2015 ahead, what with NH10, Bombay Velvet and Dil Dhadakne Do arriving at regular intervals.

It is fascinating (smiles). During last two years, I just spent time working on all these films. All of these are so different and I was shooting at so various parts of the country. It has been quite an eventful last two years. Now that people are going to watch my films, I am really looking forward to how audience reacts. There is so much in store and I need to see what the New Year is going to bring for me.