With about two weeks to go before Dabangg 3 releases, Salman Khan has dived deep into the promotional spree. It began with him arriving on the sets of The Kapil Sharma Show, and fun time followed. The superstar can be extremely witty when he wants to. When that meets Kapil's humour, we can quite expect a laugh riot! 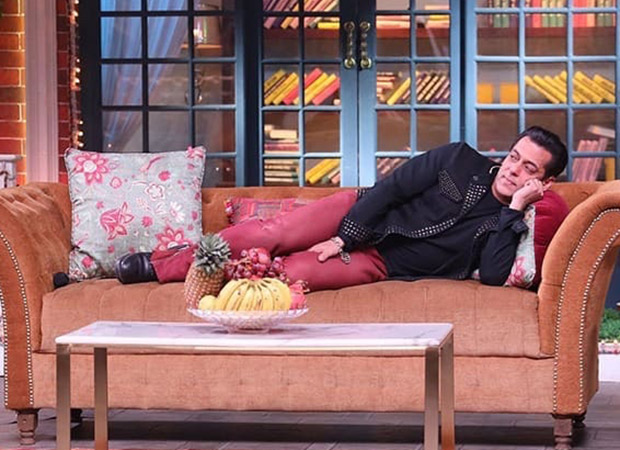 During the show, Kapil asked Salman how much time he took to fall asleep, once he went to bed. The superstar answered that he could not sleep on his bed and would finally shift to his couch and then fall asleep. Kapil left everyone in splits when he said Salman couldn't sleep on his bed because he was alone there! Salman also enacted his whole sleeping-on-the-couch phase. Watch the video below!

A post shared by Sony Entertainment Television (@sonytvofficial) on Dec 11, 2019 at 9:48pm PST

We also wonder if his Dabangg 3 co-stars Sonakshi Sinha and Saiee Manjrekar will make an appearance on the show as well!

Helmed by Prabhu Dheva, the film is one of this year's most touted releases. It will be safe to say that we are going to end the year on a grand note! The film releases on 20th December.

Also Read: Salman Khan reveals whether he will work with Rohit Shetty and Farhan Akhtar