Salman Khan is gearing up for the release of Dabangg 3 which is only a few days away. The actor is reprising the role of the quirky cop Chulbul Pandey. Right after the third installment of Dabangg, the actor will be starring in an action film, Radhe - Your Most Wanted Bhai which is releasing on Eid 2020. With that being said, rumours are rife that Salman Khan might work with Rohit Shetty and Farhan Akhtar. 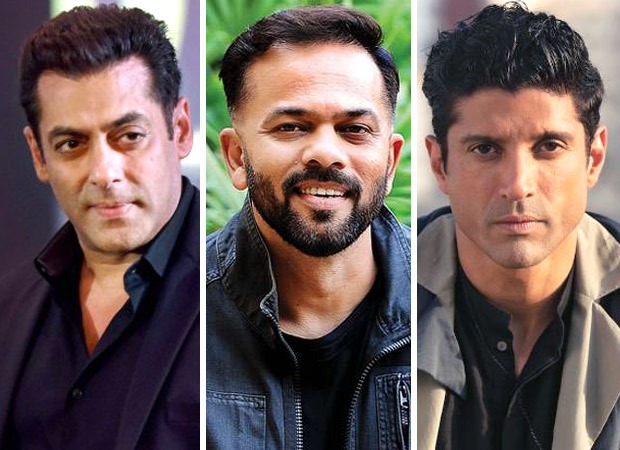 Recently, Salman Khan was asked about Farhan Akhtar approaching him for a project. His father, Salim Khan, revealed that Farhan had a script for Salman. When asked about the collaboration, the actor said that Farhan and Zoya Akhtar have been like a family to him. Like his siblings. He admitted that Farhan did come up with a script but nothing is definite yet.

Meanwhile, earlier this year, there were speculations that Rohit Shetty and Salman might work together. When asked about the possibility of this collaboration, he said nothing has been finalized yet. They have been talking about other things as well. So, does Salman's Chulbul Pandey fit in Rohit's cop universe? Salman states that Dabangg is a universe in itself.

Dabangg 3 stars Salman Khan, Sonakshi Sinha, Arbaaz Khan and Kicha Sudeep in the lead roles. It will mark the Bollywood debut of Mahesh Manjrekar’s daughter Saiee Manjrekar. The film has been directed by Prabhu Deva and produced by Salma Khan, Arbaaz Khan and Nikhil Dwivedi under the banner of Salman Khan Films and is slated to release on 20th December, this year.