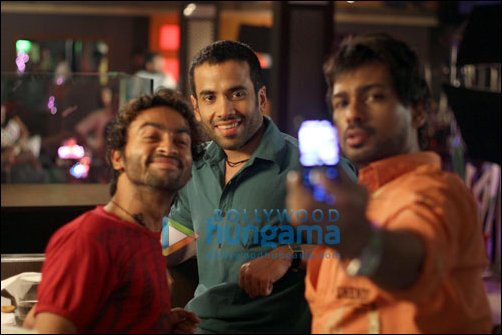 Today is Valentine's Day and while the whole world celebrates this special day with their loved ones, the team of the forthcoming film Shor In The City has something planned for all the singles who don't have that special someone to celebrate V-Day with.

Titled 'Singles Ka Shor', this special party to be held at Mumbai's only ice lounge 21F celebrates the freedom and fun of being unattached. Leading the single brigade at the party would be none other than Tusshar Kapoor, who's living up to his tag of an eligible bachelor. Tusshar & the cast of his forthcoming film, Shor In The City, are set to throw caution to the wind and celebrate their singlehood at this grand bash.

Tusshar says, "The conventional couple celebration is so passe. Instead, I am throwing a bash for my select single friends because for me, Valentine's is about celebrating my freedom."

The select guests for the party will indulge in speed dating and will walk away having mingled in spite of being single. For this special night, the bartenders have churned up a special 'Shor Shot', a concoction that promises to knock the living daylights out of the Singletons in the house.

EXCLUSIVE: Ahead of Akshay Kumar's Laxmii…