As a part of the content extravaganza that Zee TV plans offers its viewers in the festive month of October, the channel is to present an inspiring narrative titled Apna Bhi Time Aayega which follows the journey of a spirited young daughter of a head staff to the affluent Rajawat family of Jaipur, who refuses to be tied down by her humble roots The show will see her breaking free from the shackles of her background as she chooses to carve her own destiny on the steam of her own talent and intelligence after being raised by her Baba to dream big and chase after audacious goals. Along with featuring popular actress and social media star, Anushka Sen in the lead role of Rani, the show also features popular actress Tannaz Irani essaying the pivotal and apt role of Maharani Rajeshwari Singh Rawat, the Maharani of the Rajawat Khandaan of Jaipur. 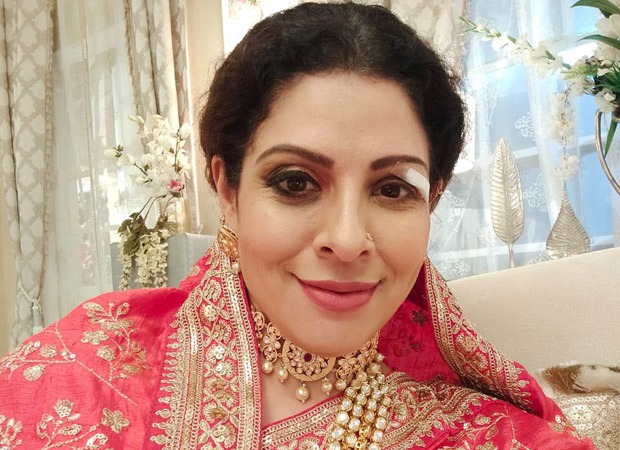 Ecstatic at playing her first negative, Tannaz has delved deep into exploring this new fiercely proud yet royal character that she has bagged. Having shot a couple of episodes with the entire crew, the actress has been thoroughly enjoying shooting her scenes. So much so, that she refused to take a break even when she faced a serious injury from a tragic accident. Tannaz happened to injure her eyelid after playing with her daughter at an iron jungle gym and immediately had to be rushed to the hospital. Luckily, her neighbours came to the rescue and took her to the doctor. While the actress is expecting a speedy recovery, Tannaz is not the one to keep her shoot stalled and has resumed shooting. With proper care and precautions taken by the production house as well, Tannaz couldn’t be happier to be distracted from the pain through the love for her work.

Humbled with the support she has been getting, Tannaz Irani said, “I have begun shooting and it feels really good to be back at work. The one lesson I have learned during this pandemic is that life can be complete bliss and fine at one moment and a total contrast in the next. However, life has to move on, and one needs to train their mindset to help them move forward. I was really glad when my family did not suggest the idea of me taking some time off. In fact, Bhaktiyar was the one who told me to head to work as he was sure I would heal in 2 days and I am glad I took that decision.  His support and confidence really pepped me up and gave me the idea to check with the crew if the script and work could be revised and adjusted to meet my and their needs, it is just the mental framework and supports you get at home, which really helps one to move ahead confidently.”

Adding further Tannaz said, “When I came on set, everyone was extremely concerned and provided me with all the support that they could. In fact, my team is always present to take care of me and make sure I take my medicine on time. They have made sure that nothing bothers me physically or mentally at work. I am immensely grateful for the blessings my fans have been showering me with. Their concern makes me feel great and believe I have done something in life to be worthy of all their love and care. It really changes one’s perspective and with comments pouring in like, strong lady, Rani Sa who is so inspiring, powerful lady, it really boosts oneself up. Special thanks to all of them!”