Actor Rhea Chakraborty is currently under investigation after multiple cases that have been filed against her in relation to the death of her boyfriend Sushant Singh Rajput. The actor passed away on June 14 and his untimely death is currently being investigated by CBI, NCB, and ED. On Sunday, September 6, Rhea reached the Narcotics Control Bureau (NCB) office for questioning after she was being summoned. She is being investigated for her role in the drug angle. 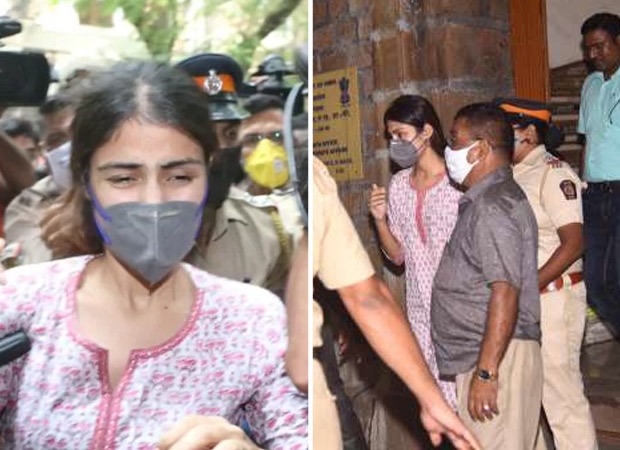 Upon reaching the office, the actress was mobbed by several photographers and videographers. The visuals from the NCB office have gone viral on social media as multiple police officers were deployed for safety. She was grilled for several hours and admitted to allegedly procuring drugs via her brother Showik Chakraborty for Sushant. She will be questioned again on Monday, September 7.

Meanwhile, many celebrities criticized the way paparazzi behaved with the actress while she was following the NCB summon for further questioning.

In the name of Justice these people have lynched a human being off her right to live even before proven guilty. I sincerely pray Karma finds the address of each n every human being part of this lowest low of mankind we are witness to. https://t.co/Qkkhnfup53

What is wrong with us ?? We cannot behave like this. Sure the truth must come out but this girl deserves her space as a woman , basic respect and her right to social distancing norms https://t.co/Gu38XKGcl6

And who is responsible for #RheaChakraborty ‘s mental health? Shame on the media for hounding a girl like this... making her a pawn, using her to make vile little stories. She hasn’t been declared guilty YET. Let the law take its course... Be human ???????? pic.twitter.com/lAgh5KtFqA