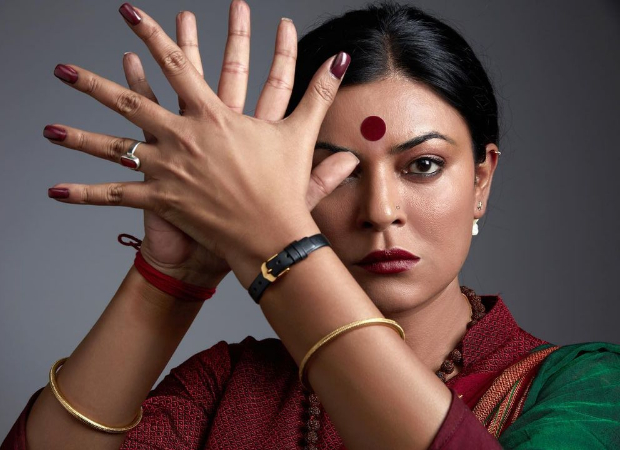 Sushmita Sen on Thursday took to social media to make the official announcement of her next web series Taali. Sharing the first look, the actress wrote, "Taali - बजाऊँगी नहीं, बजवाऊँगी ! #firstlook as #ShreegauriSawant. Nothing makes me prouder & more grateful than to have the privilege of portraying this beautiful person & of bringing her story to the world!! Here’s to life & to everyone’s right to live it with dignity!!! ???? I love you guys!!! #duggadugga."

According to the reports, the series will tell the tale of Gauri Sawant and her rise in the community. The story will also highlight Gauri Sawant’s precious bond with her adopted child Gayatri. Sushmita Sen was floored by the courage of Gauri Sawant and agreed to star in it. The six-episode drama will showcase several aspects of Sawant’s life, the challenges, the journey, and her relationship with her daughter Gayatri. The shoot for the series has commenced. She will then embark on shooting the third season of Aarya early next year.

Born as Ganesh and raised in Pune, Shreegauri Sawant is a transgender activist from Mumbai. She was one of the petitioners of the National Legal Services Authority (NALSA) which was filed in 2013, in which the Supreme Court recognized transgender as the third gender with a final verdict in 2014. The upcoming biopic will shed light on the momentous life of Shreegauri Sawant - from her childhood, and her transition, to her contribution to revolutionising the transgender movement in India.

Meanwhile, Sushmita Sen has also signed a biopic whose rights have been acquired by Mansi Bagla of Mini Films and photographer Subi Samuel’s Bungalow No 84, joined by Soham Rockstar Entertainment. The film is set to go on floors by the end of this year.