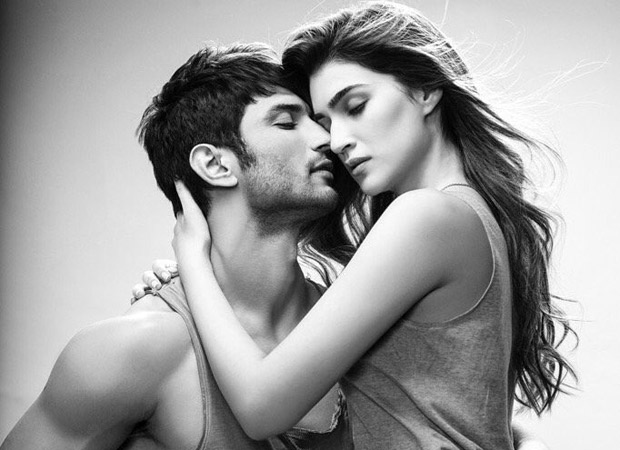 Raabta has been creating buzz ever since its inception and a lot was being said about the ‘off-screen chemistry’ between Sushant Singh Rajput and Kriti Sanon. The two actors however are receiving good feedback when it comes to their on screen chemistry and the same reflects during the promotions of their film.

Recently, during one such events of Raabta, we spotted the co-stars Sushant Singh Rajput and Kriti Sanon in a quirky mood, attempting what they called ‘role reversal’. It is a known fact that their forthcoming film is a romantic drama and one of the posters of the film sees Sushant giving Kriti a piggy back ride. On the other hand, during the promotions we saw the latter giving a piggy back ride to the actor.

The official handle of the film Raabta shared this video on social media as Kriti and Sushant were seen having fun during the event with a caption that read, “We didn't know role reversal could be so much fun! #ShivAndSaira #Raabta.”

Marking the foray of producer Dinesh Vijan into direction, Raabta is an unconventional love story switching between two different eras and is produced under the banner T-Series and Maddock Films. It is slated to release on June 9.