Sony Entertainment Television's kids singing reality show Superstar Singer 2 has been showcasing some exceptional performances by some young singing prodigies. And, this weekend, the second edition of the show is all set to take the viewers on a musical roller coaster ride with the Dev Anand Special this Saturday. Gracing this special episode will be Bollywood’s evergreen beauty, Zeenat Aman. With a beautiful tribute to one of Bollywood’s legendary actor ‘Dev Anand’, Superstar Singer 2 promises to take you back to the superstar’s times. 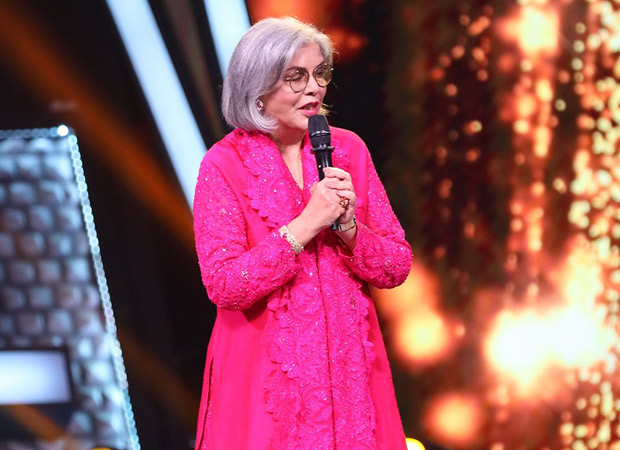 A total surprise package, Superstars Singer 2’s contestant Samaira Mahajan will be mesmerizing everyone with her cuteness and her excelling singing talent. In the upcoming episode, the girl will be impressing the judges with her performance on the iconic song ‘Panna Ki Tamanna Hai’ along with captain Arunita Kanjilal. Judge Javed Ali will be seen going on stage to compliment her for surprising everybody repeatedly with her performance; he will be seen saying, “This has been Samaira’s best performance so far”.  Also, everybody present there including Zeenat Aman will be seen cheering them to sing the song once more.

On singing ‘Panna Ki Tamanna Hai’, which is one of Zeenat Aman and Dev Anand’s popular song, contestant Samaira will be seen asking Zeenat ji about her experience working with Dev Anand ji and how did she build her confidence. Extremely in awe of Samaira’s performance, Zeenat Aman said, “I was very scared and nervous. But Dev Sahab had his own unique way to make us comfortable in front of the camera. He would share the dialogues with us way in advance so that we can read, understand and make them ours. We were in Kathmandu where he took us on the set and asked us to only sit and observe other artists performing. Watching them for so long made us restless and we would eagerly wait to get in front of the camera which eventually eradicated our nervousness. And that is how he introduced me in front of the camera.”