Currently actors Anil Kapoor, Kiara Advani, Varun Dhawan, Neetu Kapoor, and Maniesh Paul are on an extensive promotional spree for their forthcoming film Juggjugg Jeeyo. The trailer was launched last month amidst much fanfare. As the release date is nearing, the cast will be visiting reality shows as guests and enjoying some memorable performances. Needless to say, they were awestruck by the talented singers they saw on Superstar Singer 2 and in one of the promos, we can see Anil Kapoor crying over one of these performances. 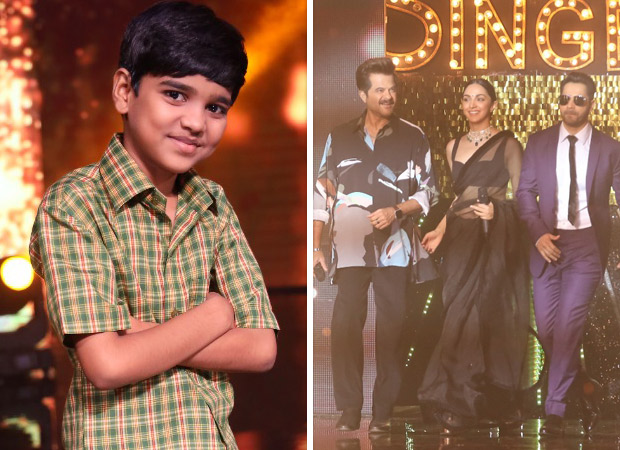 Superstar Singer 2 popular contestant Super Mani left Anil Kapoor emotional with his performance. The little kid contestant sang the popular song ‘Kya Hua Tera Vaada’ from the film Hum Kisise Kum Naheen, keeping up with the theme of the episode which is RD Burman special. Listening to his melodious rendition of this popular number, Anil turned teary-eyed. He was so moved by the performance that he was too choked to speak. He confessed that the song took him back to his younger days and even blessed the kid saying that he would become a big star one day. The said promo later features the kid hugging Anil Kapoor as the co-stars Varun Dhawan and Kiara Advani are all caught in a group hug.

Needless to say, it was quite an intense moment on the show. On the other hand, other contestants, i.e. Super Faiz and Captain Sayli left the judges and the guests impressed as they crooned to one of the biggest Shammi Kapoor hits, ‘O Haseena Zulfon Wali’ from the blockbuster film Teesri Manzil. Not only did guests Varun and Kiara were seen dancing on the judge podium but the Jugjugg Jeeyo actor also added that Faiz will sing for him one day.

Kids music reality show Superstar Singer 2 airs on Sony TV on Saturday and Sunday at 8pm. On the other hand, talking about Jugjugg Jeeyo, directed by Raj Mehta, it is slated to release on June 24.

Also Read: Superstar Singer 2: This weekend will be an interesting combination of music and fitness!