Urvashi Rautela is at it again and well, we are not complaining. She has set the temperatures soaring once again after STUNNING in a brilliant lacy peach body suit and we are not complaining one bit. She has set a perfect summer mood with this picture and has inspired us to get that amaze beach body this season. Urvashi is seen taking a shower in this pastel body suit, to beat the heat of course. Check it out and tell us what you think about it. 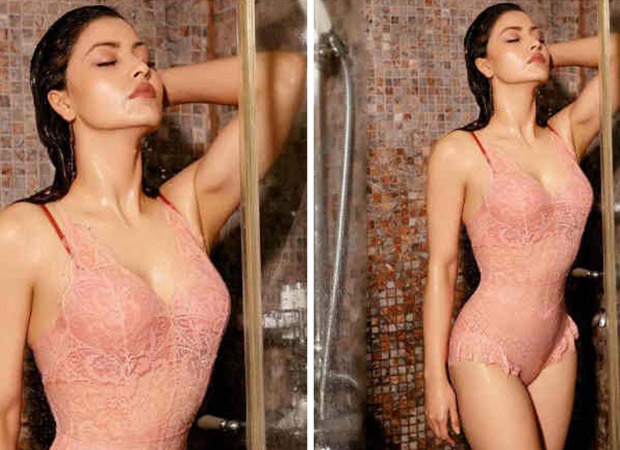 On the work front, Urvashi will be seen next in Pagalpanti which is helmed by Anees Bazmee. She was currently in the news after a video of her and Boney Kapoor went viral from an event. The internet had a problem with the way Boney greeted her and deemed the touch as inappropriate. Urvashi clarified Boney’s name and claimed that he is a true gentleman. She tweeted, “Presumably one of India’s ‘supreme’ newspaper and this is ‘news’? Please don’t talk about girl power or women’s liberation when you don’t know how to respect/honour girls.”

She wrote, “felt appalled and beyond shocked this morning when i saw social media flooded with trolls of me in a video with respected @BoneyKapoor Sir. He is a true Gentleman and it makes me feel extremely unhappy and miserable because the social sites/media don't even think twice before.”

Urvashi is known for her stint in Hate Story 4, among other films.

EXCLUSIVE: Sidharth Shukla opens up on the…

EXCLUSIVE: “I am very proud of her for what…